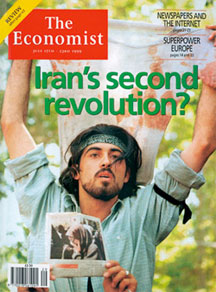 Why should anyone get to know you? It’s a question I’ve struggled with for the past few weeks. Every answer that I put on to the singles website I’ve subscribed to is more ridiculous than the next. When I write about myself, my spluttering 15-year-old self takes over.

Many users of the site appear perplexed by the question, beginning their answers with very English expressions of mild embarrassment: “Ooh, this is a bit tricky.” At the moment I’ve hidden my profile from view while I regain control of my adolescent self, who stammers in self-deprecation instead of the urbane flow of his grown-up self.

As for my picture, well, crikey, that’s a bit tricky. I tend to pick the one that everyone else has the nous to hide. When I first signed on to the site, however, both image and words did the trick, winning a reasonable rate of responses – one for every five thousand people I’d ‘favourite’ would ‘favourite’ me back.

Within four days of signing on I went on a date with a 29-year-old PR girl called Nathalie (her real name was Natasha but I’m respecting her anonymity). We drank too much, had a kiss and cuddle by the Thames but the next day she failed to respond after I sent a text message to thank her for the meal I’d taken her to, which was always going to be a dumb move.

Eventually, she did get back but instead of her using her telephone, she reverted to the site, a distancing gesture, saying we should catch up when I returned from the short trip I was about to go on.

There I was, pacing around, like a teenager, biting my nails and bumping into things, wondering will she call won’t she.

It was a ridiculous waste of energy that I decided to channel in a more productive direction.

That week Voice of America TV’s Persian service had broadcast a lengthy interview with Ahmad Batebi, 31, imprisoned by the Islamic Republic after the student demonstrations of July 1999.  His face was splashed on the cover of The Economist.

Search engines yielded no reports in English of Batebi’s release yet there he was on VOA, talking away about his experiences.

I phoned Intelligent Life, the Economist’s sister title, an upmarket glossy, pitching the idea of an interview with Batebi. They weren’t interested. So I wrote to The Economist’s foreign editor:

“In July 1999 The Economist — reporting on the student riots in Iran that summer — ran the picture of student Ahmad Batebi on its front cover, brandishing a bloodied T-shirt. The image became emblematic of the students’ struggle and Batebi its most famous political prisoner.

“He has recently absconded bail, smuggled himself out of Iraq with the help of a Kurdish political group and is now in Washington. Would The Economist be interested in an interview with Mr Batebi, charting his experiences of torture throughout his time in Tehran’s infamous Evin prison, and his escape?”

The foreign editor’s reply was succinct, infuriatingly so — “Thanks for the happy news but I don’t think we will run the story. Best wishes.”

I wrote back. “[Dear sir] Mr Ahmad Batebi — Iran’s most famous political prisoner — has suffered nine years of physical and psychological abuse as a direct consequence of appearing on the front cover of The Economist in July 1999…. His death sentence was lifted only due to pressure from international agencies — with no input, it should be noted, from The Economist. [He] has in no uncertain terms been stripped of his youth and this has happened because — and only because — his image was featured on the front cover of The Economist.” I pointed them to .

The Economist, an industry friend of mine said, seems not to have given the subject much thought even now. If they had read this and not believed it, they could have challenged him.”

The questions remain: What would have The Economist have done had a Briton been involved in a similar situation abroad as a result of a picture or report of theirs? The UK media agreed to keep quiet on Prince Harry’s presence in Afghanistan for weeks, giving up many changes of circulation-boosting stories and pictures. Batebi was about the same age when he took part in the Tehran protests.

What Batebi and The Economist do not know, however, is had the girl called me that day, none of this would happened. And what Natasha doesn’t know, is that her not calling resulted in a sloppy piece of journalism by The Economist which earned me £100, easily covering the cost of the date. How’s that for a reason to get to know me?