If I were a Shiite 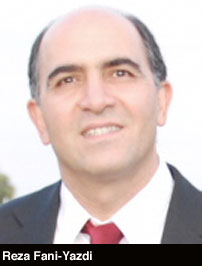 [Reza Fani-Yazdi is an Iranian-American human rights activist and freelance writer who has published extensively on the plight of Iranians under the current regime. On 8 August 2008, he published the following article in the online Persian journal Iran-Emrooz: :

In the Name of the Most High
With greetings,

The congregation of Bahais, not having heavenly books like those of the Jews, Christians, and Zoroastrians, is not considered one of the religious minorities in the constitution [of the Islamic Republic of Iran]. However, since they are citizens of this country, they have a right to the land and water, and to enjoy civil rights. Furthermore, they must benefit from the Islamic compassion which is stressed in the Qur’an and by the religious authorities.
God willing, you will be successful.