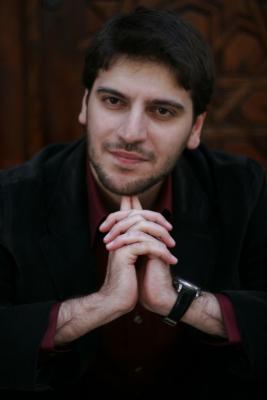 [Above photo: Sami Yusuf known as the Islamic Bono]

However, the good news is that liberal Islam is on the rise, representing the overwhelming majority within the Muslim world today. The bad news is that it is a silent majority, or more accurately, a silenced one.

Despite the fact that in the Muslim world people are systematically silenced by their authoritarian regimes, Muslim communities have responded positively both to democracy and to most aspects of liberalism. This is clearly shown by the World Values Survey, pooled sample 1995-2001.

Approval of Political and Social Values in Western and Muslim Societies

As the survey indicates, support for the goal of democracy is surprisingly wide-spread among Islamic publics, even among those living under authoritarian rules. It goes without saying Muslims do adhere to principles which could described collectively as “Liberal Islam.” The problem is the public perception in the West which has been focused on Islamism, thus failing to pay enough attention and support to liberal Islam, the nascent voice of the Muslim world’s silenced majority.

The nice thing about the rise of liberal Islam is that they have turned to the power of the music for expressing their views on societal issues and being a Muslim in today’s world. Sami Yusuf is a liberal Muslim British singer-songwriter of Iranian origin known as the Islamic Bono: