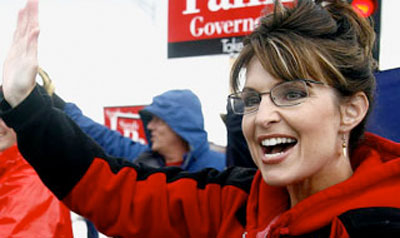 McCain’s choice for VP was a very smart move. This presidential campaign will be something to remember and something quite interesting for future political advisors and analysts to ponder about. What Mr McCain did was to borrow almost everything Mr Obama was successful with, without giving up any of what he already had. McCain was known for a few things, whether true or not! He was, and is, quite an old man, a white Christian, which bodes well with most Americans (who are also white Christians), a known maverick among the Republicans and somebody who has some strong principles (sometimes more conservative, other times more liberal), and he usually acts according to those principles. He didn’t have Obama’s youth, and Obama’s slogan of change, and these two went together. Obama got to be known as a young man who was capable of change, and change it was, beginning with the colour of the president! McCain didn’t have these. Policies? Most Obama supporters are still perplexed about Obama’s policies that may define change. McCain didn’t talk about change, and he could hardly present anything related to change. What could such an old man say about change anyway? What could be expected of such an old man? Change, at seventy-two? A bit too late I’d say.

McCain though, preserving his conservative status of the normal old white Christian man, came up with a move that has all the chances of being a beautiful and enjoyable (for the Republicans) check-mate against Obama camp! McCain borrowed almost everything Obama had an advantage on, and also what Ms Clinton had brought to the Democratic presidential battle. McCain chose a VP, a young woman, who has not only talked about change, but has actually implemented change, though somewhere few Americans have ever seen, Alaska. McCain stole the youth, and the femininity advantage from the whole Democratic camp, and became the sudden champion of change. He may have actually adopted a black young female running-mate if there was a capable one available, or maybe he thought that would be too much of an open, obvious and obnoxious copying to do!

McCain is now actually talking about change. He is repeating the word ‘change’ as if he is the one who came up with it in the first place! Everybody is now talking about McCain’s VP, as everybody was talking about Obama when he started. The media hardly mentions Obama’s running-mate, what was his name again? Anyway, what would be so interesting about the second white Christian old man of the same old race where numerous other white Christian old men have already been dumped? Obama is already OLD too, while Palin (everybody knows her name, including me) is really young. She is just two weeks old in the public (the whole American public) eye, and she will only be a couple of months old when the election-day comes.

Ms Palin has gained so much star-status that even Mr Obama has started directly attacking her! As far as I know politicians do not go after (do not verbally attack) smaller politicians, while small politicians always go after bigger politicians. It is all about gaining points. Somebody has more points, you attack them, to gain some of those points! Politicians don’t bother mentioning someone in their verbal attacks for no reason! You don’t attack somebody small because, by attacking them, you are making them important and big. Smaller politicians always attack bigger politicians (when they want to gain points) because they can show that they are big too. Although I think Obama is making a mistake by attacking Palin (therefore making her a bigger celebrity than she already is), and his doing so is actually showing that she is not small fish, and the Democrats are already feeling the really big risk of having a terrible McCain check-mate coming in the fall. And this risk is already making its appearance in many polls. My belief that McCain will win is getting closer to becoming reality!

This is the huge risk that Democrats took when they went along their sentimentalism and embraced so much change that was not really reflected in policies but only in the person of the presidential candidate. Obama’s plans and policies are not change from the old Democratic mainstream. They are the same old policies of mild Socialism, with no change. Was the only genuine change only about the withdrawal from Iraq and foreign policy in general? Americans are not usually that much concerned about foreign policy and do not elect their presidents to be good abroad. That is a relatively minor issue. And Iraq is already a distant and somewhat unimportant case too. What about Afghanistan? Afghanistan is so distant many Americans have already forgotten they even have troops there!

The main issue for the Democrats to have the slightest chance of winning these elections is to emphasise on their policies and attack the usual right-wing policies of the Republican party. This way they can attract voters who are concerned about the economy, because the US economy is in trouble and many ordinary Americans are already feeling the pain.