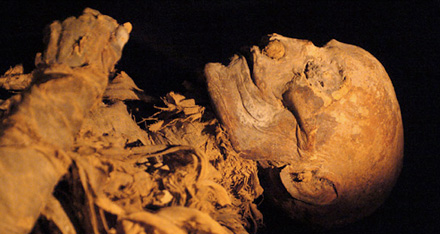 My friend Dolly was the last one who saw P. alive.

Peter Rostopovich Stihotvoreniev was Dolly’s boyfriend, but everybody had already forgotten his full name. It was Dolly who introduced him as P.

We were both poets. Living in this town, surrounded by the shores of the Pacific Ocean, the tang of civilization had dispersed in the salty waves of our encircling borders and we were slowly being isolated by the rest of the world.

A narrow path was the only link between the city and the continent. Many immigrants had found refuge in this far island and we suspected they could be escaping from something horrific in their past. Their language was combined of languages we couldn’t speak. Their literature, incomprehensible.

Dolly loved P. to death, and couldn’t stop talking about his uniqueness and the depth of his fragility. “He’s going to be famous,” she liked to remind me.

One day, l got a call from a hysterical Dolly. “He’s dead,” she screamed. She sounded crazy and hopeless. “He jumped off the lighthouse into the ocean,” she said and cried for three hours and twenty four minutes.

I didn’t hang up.

“Isn’t it poetic?” She was rumbling and crying and I was hungry.

For the days to come, we mourned the death of P.’s hopes, but as his body wasn’t yet discovered, his funeral didn’t satisfy Dolly. “Who knows…he could be still alive,” she thought. Dolly liked to dream. She read again all the books at the library and watched every show on TV. She erred in the streets and on the beach. In all places P. liked to go when he was inspired by a poem. She frequented bars and befriended with those foreigners.

I was worried about her. She was leaving her heritage to mingle with those strangers, as if they were the only ones showing some empathy toward her loss. Dolly resembled someone I didn’t know. She wasn’t my best friend anymore. “I miss his poems,” she said. “I can’t live without his poetry.”

On the day of my murder, she broke the door of my bedroom and woke me up by rubbing her nails on my cheeks. “The fishermen found him,” she screamed and cried. “You come with me to identify his body.”

I refused to go. “You should’ve called his father or perhaps his mother, not me,” I said.

Since I couldn’t do this to her, I finally gave in. We went to the morgue together. P.’s body was covered in white plastic wrap. Dolly watched him with eyes wide open and I kept mine closed. I smelled the stench. I heard the crackling of bones. I swallowed the elixir of death on my tongue.

As we came back to my apartment, Dolly emptied the whole bottle of Whisky. It was before describing in details everything that I was afraid to look at, like the state of his teeth or his decaying toes. “Like a rotten poem,” she said.

“What do you expect?” I said. “His body had floated for weeks in the ocean.”

“Salt and sun had even penetrated his bones,” she said, “like Zoroastrian mythology.”

I didn’t want to listen to any nasty story about ghosts or dead past. “What’s so Zoroastrian about P.?” I asked.

“Zoroastrians didn’t bury their dead,” she said. “It was in the Persian history book.”

I shrugged. I didn’t know much about Persia. Was there any Persian among those immigrants in our town? I wondered.

“Zoroastrians used to leave the old and the dying at the top of mountains, so vultures could eat them,” she said.

I looked at her with interest.

Her eyes were shining like a bird. “It’s what he did then,” she said. “Don’t you see the symbolism? Part of him was eaten by nature and the rest by sharks, like Zoroastrians.”

“Whatever,” I said. It was always hard to argue with Dolly.

She stepped forward. Her nose touched my nose and her breath was shoved in my throat.

Dolly was a smoker, I thought.

“He was a true poet,” she whispered, her lips almost touching mine. “Not like you,” she said. “Now, it’s your chance to become a poet like him.”

“Bullshit,” Dolly said and her saliva fell on my face. “Without poetry this town’s gonna die in history. Like Zarostrians.”

My heart pounded and the earth turned. “I’m not going to use him,” I screamed. “I’m no vulture.”

“Don’t you see?” Dolly asked. “You’re going to save these people. Saving all of us.”

“If he had made more effort,” I whispered, “if he had written one single poem worth saving…” I was afraid of my own ability to communicate.

Dolly’s eyes welled with desperate tears. “Don’t break my promises,” she said. “I had made a pact with…” She didn’t finish her sentence, but smiled like a liar.

“I’m not responsible for your lies,” I screamed. “Besides, I’ve never read any of his poems.”

“Does it even matter?” Dolly yelled. “He’s dead now. You’re heartless. Even those foreigners have pity for him.”

“He wasn’t even original,” I said. “He copied over Zoroastrians rituals…” The way Dolly looked at me, I was persuaded that Dolly was going to hit me. “You’re going to beat me up for the sake of poetry?”

Dolly grabbed my neck and I yelled, pushing her chest. “But poetry’s dead,” I said and pushed her harder. My voice opened the door of my apartment and my neighbors – all immigrants – rushed in. They couldn’t understand what we were fighting for.

My force threw Dolly on the ground. Her head hit the table and broke it in pieces. But she didn’t faint. She looked for a sharp piece of glass to attack me.

Drowning in the flow of my emotions, I had hallucinations about poetry, but it was too noisy for expressing my feelings. I looked at Dolly’s rage and stepped backward. Her eyes bulged and blood covered her forehead. Each step she took, I took one step backward. As I was watching her moves, a first line of a poem came to my mind. But it was no more a time for poetry.

In my last step, I hit the wall.

“About what?” she asked.

Dolly glanced at the crowd of foreigners.  “Anyway, it’s already too late,” she said, forcing the sharp object in my flesh. “Nobody’s going to save the poetry now…and it’s all your fault.”

My last word that was never understood.