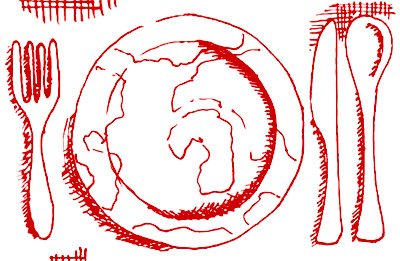 The current animosities between the US and Iran governments superficially are claimed to be rooted in the Iranian nuclear program and the support of international terrorism by the rulers in Iran of. Yet, more research of non-dedicated media will reveal that the central disparity between Washington and Tehran is the West’s refusal to take in Iran as a trade partner and its denial of Iran’s yearning to become part of the globalization brotherhood.

Certainly there are those elements in Iran who wish to keep the status quo and maintain a deregulated economy, which tremendously serves to enrich them. But, the more practical politicians in Iran realize that globalization is a world reality and they want to be a part of it. Assuming that the world body integrates Iran into its economic sphere and inserts massive capital in its economy hoping for a free market financial system is Iran ready to become an industrial country? Can Iran become another Singapore or South Korea in a decade?

There are many political and economical issues that need to be hammered out before Iran becomes a full blown free market nation. The shift of balance of power to a more moderate direction, more democratization of the middle class and women’s rights are among some of these concerns.

But I would like to look at only one of the obstacles to industrialization of Iran which has to do with the religion of the land. Introduction of technology and production requires a disciplined work force which should be available on 24-hour all year round basis. Once the assembly lines roll they must continue rolling without stoppage to make sure production is moving on.

The Iranian nation, having so much mineral reserves and a vast young work force, is unable to enter into the industrial fold, partially not wholly, as a result of its religious practices and rituals which restrict or hinder the productivity of the labor in Iran.

Specifically, an average worker is told to stop working (at least) 3 times a day to pray which involves a stopping in a bathroom and washing his or her face, arms and feet. This ritual is mandatory in many work places and even schools.

Once a year during the month of Ramadan, the entire country goes into hibernation and,for the entire time there is sunlight, people fast. If the Ramadan takes place in the summer the people observing it have to fast for a very long time. For the people working outside, the dilemma is three-fold. Nobody works and instead they take shelter in the cool areas. This practice is not restricted to the country of Iran. Rather, most Muslim countries observe Ramadan.

Because the Iranian Shiites observe many days of mourning for their assassinated Imams there are many days that the country is shut down. Since the Islamic calendar is lunar and is revolving the timing of these off-days could be very harmful to the schedules of the companies Now if the industrialization wants to engage women in its work force more obstacles are ahead. If men and women are not allowed to work together in a factory then the division of labor will be chaotic and wasteful. If the strict Islamic dress codes for women are added to this muddle then another production impediment will surface.

With all of these problems it is not at all suggested that Iran does not deserve its right place in the civilized world. Iranians are great survivors and they can easily adapt.

Iranians are of a tough and sturdy stock. Besides more than 3,000 years of defending its borders, in its last 30 years alone, the Iranian nation has experienced three events of immense proportions that normally change a country forever. Since 1979 Iran has experienced the October Revolution of Russia in 1917, World War I and the Prohibition and the Great Depression era in the US. Yet, the nation has survived because of its very strong religious and nationalistic fabric. The country is ready for another challenge; one that it could not afford to lose.