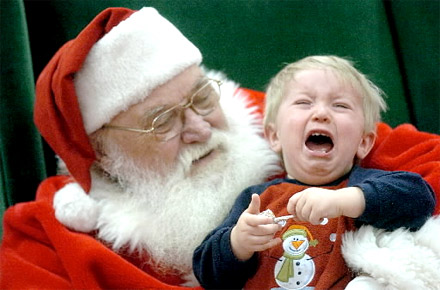 I have a recurring dream. I fly to the homes of Jews, Muslims, and leave presents for their children. Christians are outraged. In one north London school, Jews and the Muslims who’ve received Xboxes from me are punched and kicked by the parents of other children. “Santa is ours,” they say. “He’s ours, you can’t have him”. Newspapers columnists: “It’s multicultural madness when Santa Claus favours the children of lesbian disabled Jews and Muslims instead of the people who invented him.”

In the dream I fly to Lapland. It’s not my intention to favour non-Christians, it just happens that way. As for the Jews and Muslims, they are forced into a unity under oppression after being spat at on the school run. Lapland authorities reprimand me for depositing gifts in the wrong chimneys. I am forced to deliver parcels for UPS to make ends meet. Weeks later, I find myself at Tehran airport.

“They are moose?” says the mean-looking passport controller, pointing to my animals.

“It’s not raining and don’t call me dear!” says the passport man, who has excellent English. He steps out of his booth and is much shorter than I had expected – stumpy too.

“You’d make a perfect elf,” I tell him. Bad move. He detains me. A short while later, I receive a visit from the Iranian president who looks like a cross between Death, from The Seventh Seal, and Woody Allen… with vampire fangs, dried blood around his mouth. “What is the purpose of your visit to Iran?” he says.

I tell him I distributed Xboxes to the children to Jews and Muslims by mistake.

I’m arrested on suspicion of being Tzipi Livni and, of course, an Israeli spy, even though no spy would be dumb enough to have a red-nose caribou in his entourage or indeed to have an entourage. I usually wake up at this point and look in the mirror. I brush my teeth. It’s tomato paste. I remember adding toothpaste to my risotto the night before. I think of Martin Luther King and wonder if he still suffers his recurring dreams. Was he flying in his? My teeth are all tomato-y.

I switch on the radio. Tony Blair is speaking at Harvard about the role of footwear in international diplomacy. “We were all appalled when an Iraqi journalist hurled his shoes at George Bush at a press conference,” he tells the students. “The fact is to tread the road to peace we need our shoes. Only then, if you’ll excuse the pun, can we sock it to the terrorists.” I switch the radio off and think of Condoleeza Rice. After the attacks on Mumbai she said Pakistan must “act urgently and effectively” against terrorism. Then on her way to a grieving Delhi she stopped off at Buckingham Palace to play the piano for the Queen – Brahms. Perhaps what she meant was that Pakistan’s president should go to London and play sitar for Her Majesty or sing a ghazal.

Then I wonder if the theory that flying in a dream represents anxiety holds true if mammals with antlers doing the flying. I sit, dishevelled, with my hands tied behind my back before a panel on a TV show called Svengali – five pop groups set out to pick the next Simon Cowell. But this is an emergency session – Santa has to explain himself to one of the grumpy middle-aged English guys with neatly cut dark hair.

“Why deliver to Jews and Muslims?” he asks.

“It was my GPS, all it showed was Golders Green and Bradford.”

They vote me off. I am taken to a gallows and the hangman is the Iranian president who looks like Jabba the Hut. “I do this at the weekends for pocket money,” he whispers.

I am sweating. Again, I’m Santa at passport control in Tehran.

“You are coming here for a Crusade?”

“No. I’m visiting a few Armenians.”

Tony Blair and I are ballroom dancing. Blair trips me up and I fall, he punches me in the face and stamps on it until my nose is ripped off. Then he jumps on my skull. I wake up to my neighbour singing and don’t know which is worse and decide to go back to the dream but the dream has moved on without me and I enter another one where I am sailing in a cruise ship that pulls up in Lapland. Dr Martin Luther King, the only sane person around here, greets passengers as we step off the boat. We talk about the recession and thrift and he tells me Superman can’t afford a new cape. He’s had to borrow Batman’s.

Dr King, I say, can you believe that Wonder Woman has an alcohol problem? He nods in dismay. Emboldened, I ask him another question. Can you believe they compare that US president to you? You were against the system. The system killed you. Superman turns up wearing Batman’s cape. “Yeah,” says Dr King. “But that’s how we roll kid.”