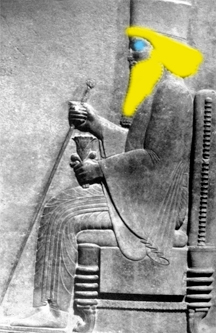 Iranians can be extremely racist.  I was first made aware that Iranians were perceived, by others in the region, as arrogant racists by a Pakistani professor of Islamic literature at Boston University.  Professor Rahbar taught in the Religion department and most Iranians took his literature course for an easy grade.  He also conducted the Farsi exams which, if passed, made the University wave the second-language requirement for Iranian students.  The poor man, who was well-versed in Persian poetry and loved Saadi and Hafez, was routinely ridiculed by his Iranian students.  This was mostly because of his Pakistani accent.  Although his eccentric habit of cooking curry in his office, in the Theology building on Mass. Ave., did not help either.

He opened the class that fall semester many years ago talking about the incredible arrogance of Iranians vis-à-vis others in the region. He quoted from non Iranian poets to illustrate that poetry and indeed Farsi itself was not just the genre or language of Iranians.  He claimed that this beautiful language that served so wonderfully the poetry of the heart and spirit which in turn gave it such lasting resonance, was not worthy of the arrogant majority to whom it belonged.  Those comments opened my eyes and made me realize that racism was not just the stuff of Malcolm X and the U.S but of ours as well.  I remembered my elementary school friend Mojib, also a Pakistani, and how my friendship with him was ridiculed by my older cousins.  They called him my nokar seeyah or black servant.  I did not like their chiding but did not have the language, as a schoolgirl, with which to interpret it as hateful, racist and arrogant.  I knew that the Professor was overly sensitive to the issue because of the treatment he was getting from the Iranians in his class but I also knew that he was not wrong.

That first night after Rahbar’s class I called my mother, recently exiled from an Islamic Iran, and told her proudly about the ‘Islamic’ lit. course that I was taking.  She shouted back that Iranian poetry is anything but Islamic!  She yelled, “they want to take Hafez and Saadi away from us too!” For years I tried to explain to her and Iranians like her that in academia ‘Islamic’ designated a shared culture spanning a period and an area that had Islam as its most unifying common denominator.  It did not mean that Persian poetry was Arabic or religious just that it came from that time and place where Islam was the dominant culture.

For Iranians, like my mother, freshly chased out of their country, who had seen many a friend die at the hands of the newly empowered mullahs, it was hard to feel any sense of empathy or identity with Islam.  But when she went on to call the professor “martikeh Pakistani” then I knew that my own mom was not free of the prejudice and arrogance discussed by Professor Rahbar.  For many Iranians believe that they have a richer culture, a better skin color, and are generally superior to all Indians, Pakistanis, Afghanis, Arabs and Africans.

Through-out the years I have run into this kind of racism again and again.  Of course there is concrete evidence of state-sponsored racism against the Afghanis who provide Iran, like the Mexicans in the U.S, with cheap labor.  That is a problem, like the history of slavery in Iran that merits much more thorough and academic discussion than I can provide here.

The kind of salon-racism that my Professor talked about and my mother betrayed by her comments is what I sadly run into again when I talk about what is happening in Gaza.  Not from my mother, mind you, who has matured into an Al-Jazeera watching democrat.  But, mostly from the ultra-nationalists and monarchists, with whom I have the privilege to live, here in Nice.  Who are not unlike the ultra-nationalist monarchists that I keep running into, when I write essays, in the comments section of this site.

To be pro-Palestinian amongst this bunch of Iranians is like being pro-Castro in Miami: extremely difficult.   I have simply stopped going out to any parties and if I am in their company I try hard and against every instinct in my body to remain silent.  New Year’s Eve I was invited to a party by a dear old friend.   There I ran into a Zionist European who is married to an Iranian.  He started talking about Gaza. I asked him if he was a Zionist, he said provocatively, “one hundred percent.”  Then I started trying to say something that would make me feel like I have taken a stance but without ruining the party for both of us. He knew were I stood and had read my articles about Palestine many years ago.  So he was not going to give up. I turned to my Iranian friend, highly educated and kindhearted Ali, asking him what he thought; he was an old Le Monde reading leftist who loves children so I was hoping that I would get some badly needed support.  He turned around and said, “Good for Israel they should kill all those flea-infested, bearded, shit-smelling, cock roach-eating Muslim terrorists.”  Ali has the kind of hairy Iranian look that I am sure gets him thoroughly checked at the airport each time he wants to fly somewhere.  But he simply can not see that he looks so much like the people he so abhors! He feels superior to them because they are Arabs and he is Iranian!  I just turned on my heals, headed for the bar and joined the women at the other end who were talking about diets: another favorite topic of mine!  The days when I ruined entire parties with my zeal for an opinion are long gone!

Another day I ran into some friends of my parents in a café talking to a younger realtor.  This time I walked in the middle of the conversation. The old lady with an Azeri accent, who had a raspy voice from years of smoking, was saying, “Elahi hameyeh in malakhorhayeh reeshoo ro nabood koneh Israel.”  (May Israel destroy all these bearded cockroaches!”)   This time I had to say something and there was no party to ruin– so I ventured, “why do you hate these poor Palestinians so?”

What she said I have heard many times with different degrees of venomous passion and hatred: Palestinians helped the mullahs come to power in Iran, they are supported by the current Islamic regime, and they are therefore the enemy of “real patriotic Iranians.”

1.  The Islamic Republic supports the Palestinian cause.

2.  IRI is an illegitimate theocratic regime that should be overthrown.

3.  Therefore Palestinians are stinking Arabs who do not deserve our support.

So laced with their hatred of the mullahs is their sense of superiority and hatred towards the Arabs.  They go on to say, why should WE help these bastards, why should the regime give them money that is better used on Iran and Iranians.  They are not OUR problem.  They are not our friends; they are the friends of the mullah regime and are therefore our enemies. They are stinking Arab cockroach eaters!

I kissed her and said that I had to go but that I was always pro-Palestinian since I did a project for Mr. Holmes on the Arab-Israeli conflict in the 8th grade at the Tehran Community School.  What do you say to people who use such logic and are so racist?  She turned around and said,” Setareh joon zaminaayeh babato pass gerefti az in akhoondayeh dozd? Setareh darling, did you get back your father’s land from these mullah thieves?  I said no and left.