I hope I am wrong 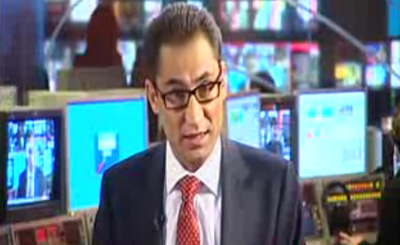 After about 70 years in existence, the BBC Persian Service is naturally a household name in Iran. In a move calculated to expand its reach in the Islamic Republic, BBC Persian has ventured into television. Launch is just weeks away. (video: Promo) (news: BBC receives £70m funding increase)

Though satellite television is illegal in Iran, more than half its urban dwellers have access to satellite television by some estimates. Over the past few years, the number of Persian-language satellite stations has continued to grow. At last count, there were about 50 stations, most of which are based in Los Angeles, home to the largest Iranian expat community.

BBC Persian Television will be a much welcome addition. The quality of Persian-language satellite programs are generally very poor. Still they have a large audience in Iran because the younger generation tunes in for Western music programs and to hear the latest Iranian pop music that is illegal in Iran.

Other than music, much of the political or even social programming offered by these stations do not appear to be taken very seriously by many people, especially the youth. Still, from time to time, officials enforce the ban and take down people’s satellite dishes and haul the owners to court. Just as authorities filter Websites — including the BBC’s — they scramble programs and it will be interesting to see how the BBC deals with that.

The launch of BBC Persian Television should have a major effect on the state of television culture in Iran in general. In the absence of independent television on the one hand, and amateur-level programming from the stations abroad on the other, many will refer to the BBC for news and other information.

Because the bar is so low, the BBC will not have to work hard to look good. But I hope the powers that be will make use of their basket full of resources to put out a product that will live up the BBC brand name. I hope they just don’t attempt to get by, because they know they can get away with it. As noted, they don’t have much competition, and not many outside of the BBC Persian Service division speak Persian to gauge the quality of their programs.

The view from the outset isn’t promising. Stories and rumors circulating around for the past few months have called into question its recruiting and hiring methods and decisions, the background and experience of those they have chosen to fill the top TV posts, even the neutrality of its politics. I certainly hope I am wrong in seeing it that way and I hope that my own experience isn’t a harbinger of things to come.

I wrote a critique of a training video the BBC put out recently. It was published on the . I got quite an earful about it. This article was the most-read on the site. There were more than 100 hits just from the BBC alone. Among the 30 comments, and emails to me, many came out in the defense of the organization that signs their checks. I was criticized for making a judgment about the quality of BBC TV so early on in the process, for being too harsh and bitter in tone, and even accused me of a personal vendetta…

Still I don’t know how that can be the case. First of all, in order to make sure I hadn’t written anything that could be construed as offensive to my former colleagues, I reviewed my final draft a few times — to little avail apparently.

Secondly, I was writing about the technical aspects of a video — a training video. Whether it’s a Ridley Scott film, or a BBC video, I am a critic. That’s what I do. I have been writing about media and cinema for 18 years. There were at least 11 obvious flaws in the short nine-minute span of this clip. Given all their resources, I thought it fell short. One expects a lot more from the BBC, one that sets out to train others in the profession. And this was just my point of view on the technical aspect of it. What would happen if I started to comment on the content of their work?

Citing copyright infringement, the BBC contacted Radio Zamaneh and had them take down seven screen shots I had used from the training video to illustrate my point. During the time I worked there, this had never happened. I asked friends at the BBC World Service and they were more or less of the opinion that I had not violated copyright law. I am still waiting to hear back from their legal department.