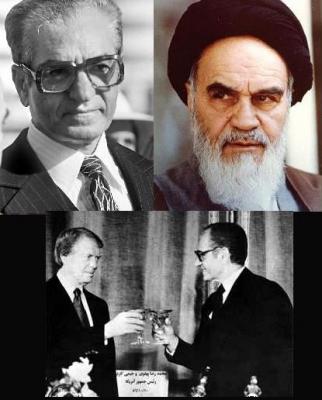 Khomeiny in Qom makes fun of a photo he saw of the Shah of Iran (with eyeglasses ?) and insists on his so called “cowardice” and “Stooge” like personality in front of a US president but the Ayatollah can’t name the latter.

Shah of Iran at US press Conference say’s:” As Far as We are concerned we are not the toys of Any country, including the United States” (1973):

Shah and Different US presidents: