Sufism (Some Things Are Sacred) 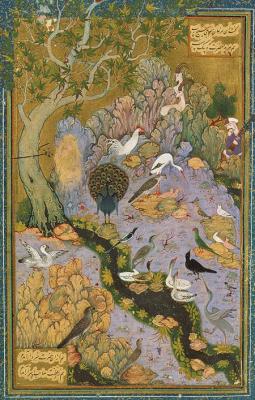 I happened upon these gorgeous photos from a current art exhibit at Harvard on Sufism around the world, called Sufism: Mystical Ecumenism. Many of the photos are from Iran. They are taken by photographer/journalist Iason Athanasiadis, who lived several years there. The top photo doesn’t specify the location of the Sufi order but I’m sure it is Iranian Kordestan.

The reason I know where the photo comes from is because it is so similar to many frames in a documentary called Beyond Words on the Qaderi order of Darwishes in Kordestan near Saaghez. The film was made by an old friend Jahanshah Ardalan in 2003. It is not easy to gain access to these Sufi circles, much less for extended periods of time to film them, as many of them zealously guard their privacy

This privacy, secrecy really, is very important in Iran because these groups are repressed by IRI. Although the darwishes of Kordestan consider themselves devout (Sunni) Muslims, Sufism is an autonomous Islam which believes that God lies within and is reachable through profound individual inner experience. This is threatening to a regime whose rationale for being and claim to fame is that a rigid hierarchical theocratic structure from without is necessary to safeguard the people’s spirituality.

Remembering Beyond Words makes me think of another, glossier film I saw at about the same time called Mystic Iran The Unseen World. The director, Aryana Farshad, an “Iranican”, traveled extensively through Iran documenting unusual or rarely documented religious practices, including those of the Sufis, and the Mazdaists at their sacred fire temple at Yazd.  This scene on the youtube video, while magnificent, is not about them, but there are truly amazing scenes in the film on Kurdish Sufis, particularly on a small group of village women. (By the way the narrator is your friend Shohreh Aghdashioot of House of Sand and Fog fame).

I truly recommend both Beyond Words and Mystic Iran.

The image at the top of this blog is an illustraton from the great Sufi lyric epic poem Conference of the Birds by Attar, Rumi’s first teacher. It is about the Sufi’s ultimate journey of the soul to God, represented by the flight of all the birds of the world to find their King. The thirty birds remaining after the difficult journey reach the top of the mountain and see in a mirror that they are their own King, the Simorgh, One’s own essence is God. God is oneself.

Probably you already knew the story but I thought I should say it just in case..

“Ecumenism” means when a “church”within one religion embraces all the other sects, or when a religion reaches beyond its borders to other religions. The Sufi spirit is ecumenical in the first sense, as it transcends the boundaries of the various beliefs within Islam. However, many orders, like the Qaderi do not transcend the boundaries of Islam itself. But the universal ecumenical spirit has been present in Sufism since its onset and is beautifully conveyed in the poetry of Hafez and Rumi. And of course today more Sufi orders than ever are truly ecumenical in our ever smaller yet ever greater world.

As a darwish once told me, “Darwish is not Muslim. Darwish is darwish.”