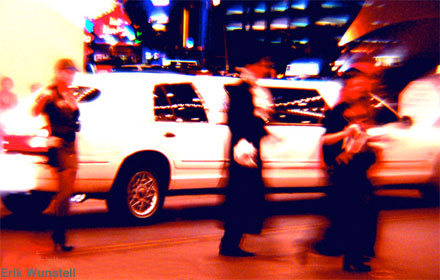 Tonight for the first time in years I talked to God!  And I talked for a long time hearing myself sobbing and feeling the powerful connection with the universe that I never felt before.  I asked God to help me find the reason for my existence, after all those meaningless years traveling through my life journey maples, purposeless, I had to have a talk with the big guy and it felt good.  I don’t think I could have said any of those things to any shrink even if I had to pay an arm and a leg.

My best friend Marla and I, among many things, had one important thing in common and it was our pursued of spiritual enlightenment all our lives.  I loved her so much, she was my teacher, sister, a brilliant artist and a true human being but she suffered from depression.

One night after work around 3.30 in the morning I just missed talking to her so much, when I got home, I called and left her a message “Marla, I miss you and Doug so much, I miss our Thursday-night dinners in your garden, I miss our deep conversations, I miss helping you trim those beautiful Roses. I realized that I never told you how much I love you and how valuable you have been in my life.  I just want to tell you that I appreciate your being in my life, I appreciate all you have done for me, I should have said it every time we talked but I didn’t know then that friends like you are rare to find. Thanks for being there for me all those lonely years.”

The next morning I had a message on my voice mail from Doug (Marla’s husband); he had asked me to call him back!  I remember I felt that something fell down hard inside my being as though my soul broke into little peaces.  I knew Marla was no longer.  With another phone call from Doug, the sad reality of her suicide was confirmed.  I couldn’t get over it, I mourned for a long long time.  The feeling of guilt for not having visited her for so long started to make me hate myself and this town, this trap that I felt had put a chain around my ankles and had held me back from going to see her after asking me so many times.

Couple of months before her suicide, Marla sent me a very thick Bible and called me and forcefully told me to throw away all the other spiritual books and start reading the Bible because all the answers to our struggles and pain and sorrows were in this book.  She even asked me to throw away a book she had brought me from India.  After arguing with her over our individual paths in search of self discovery, I hung up and put the Bible in a dark spot in my closet and did not open it until recently.

She committed suicide after her birthday in September of 2007.  I talked to her tonight as well; I wished her eternal peace and said my final goodbyes to my long self-destruction and guilt trips.  I felt better.

What is it we want in this world so badly?  Love.  Why do we want to love and be loved by other human beings?  To love myself, so I must be two people.  This invisible power inside us with all the complicated desires, fears, hatreds; this untouchable thing that even drives some (Marla and myself included) towards self-destruction and why does it take only some (lucky ones) to figure it out, tame it and live peacefully?

All through my twenties I was in a rush, racing through life, like I wanted to get this thing (life) over with and ironically I didn’t even know I was doing it.  I was afraid to slow down, afraid of my mind and all those questions that had crept inside my head in my teenage years.  As soon as I arrived in America, I wrapped my curious mind in a package and shut it down  but after Marla’s death, it has started to open itself up and this time I am not afraid because it reminds me of the time that I was fifteen-years old and I liked who I was.  I had dreams, goals, and purpose.  Maybe I can find her again.  She was a good person with an imagination that reached the moon.

I returned from Iran broken hearted and more confused than ever.  Having witnessed that dark place that was once so beautiful, and those sad people,  I wanted to change everything.

And then 9/11 happened and shattered everything.  I moved to LA and had 6 miserable months of more confusion.  I packed again and drove to Las Vegas, which I call Sodom and Gomorrah!  I had never traveled here because I didn’t like gambling and I also don’t like big fake neon buildings. But out of desperation, talking to a friend, we decided to try to open up a business here.  I didn’t even know how to get here or anyone that lived here but as usual I didn’t let that stop me.

I arrived on Memorial weekend. Took the Tropicana exit off of Highway 15 with five years of hard work, saved money and traveled around the world in mind.  Seven years later and lots of losses, I feel I am trapped in this fake city where at each corner someone is scamming someone else.  A place that survives on people’s losses, spiritually, financially, emotionally and in every vicious way possible.  In my years of driving a limo, I have seen and heard things that would blow your mind away.  People come here with a verse in their mind:  “anything goes in sin city”.

This city will turn a gorgeous 18-year-old into a monster and make a chicken fly!

And what is so amazing is that everyone who comes here for only a couple of years to make money and leave, gets stuck for a long time and develps hatred towards it (myself included)!  Tourists come here with the dream of “taking the house down” and end up leaving the lean on their house.

It is sad to drive some of these losers to the airport and wonder how deep he or she is going to drown into alcohol or drugs to numb the pain.  I usually put the partition up to avoid the pain on their faces. I used to feel guilty because I felt that by being part of the workforce of the Las Vegas strip, I was contributing to their loss!  But I haven’t even seen half of the casinos. When I work, I just work and when I am off, I never go down there.  But make no mistake: I have given my share of donations to the local bars!  Not anymore though. Losing gets old after a while.