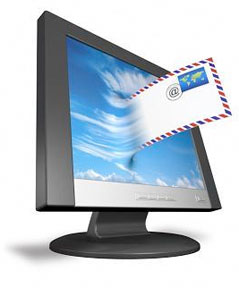 Your Norooz message to Islamic republic leaders is loud and clear. Unfortunately it might not be as effective as you like it to be. You should have been informed that the leaders of the Islamic republic care less about Norooz, and Norooz greetings.

In fact, you should have been informed that the Islamic regime has stated that Norooz must be replaced by an Islamic holiday. The only reason this agenda is not fulfilled is because of the great resistance of the Iranian people.

Mr. President let me ask you,

If the Islamic republic leaders would understand the meaning of Saadi’s “The children of Adam are limbs to each other, having been created of one essence.” would there be any executions, hanging and stoning in Iran?

Hear it from Saadi as he in the very same poem correctly stated the nature of the regime,

“When by hard fortune one limb is oppressed,
the other limbs cannot remain at rest.
If thou feel not for others’ misery,
a son of adam is no name for thee.”

Leaders in the Islamic republic denounce everything that has to do with Iranian origin, as the name suggest it is an Islamic regime which identify itself with the Islamic ideals.

I have full understanding that you do not pursue the happiness of the Iranian people nor do you care about human right violations under this barbaric regime. Your job is to secure American interest and how much you are willing to appease a terrorist regime is for you to decide. When looking to establish a connection with the regime you should use the Islamic path by quoting from Quran during an Islamic holiday.

I would like to suggest that you read the to the Iranian people. Such message brings us hope in dark times like this and reassures that our struggle is not left unnoticed. As history is our witness Iranians will topple this regime to establish a secular democracy.

At last I like to point out that the people of Iran are called just that. There is no such thing as people of Islamic republic of Iran. The people of Iran will fight for democracy and freedom regardless of your policies. We don’t expect much from you and your administration but we hope that you acquire some basic information about Iran regardless of the agenda you are about to pursue. A good start would be to recognize the fact that Iranian people and the Islamic republic are two different entities.