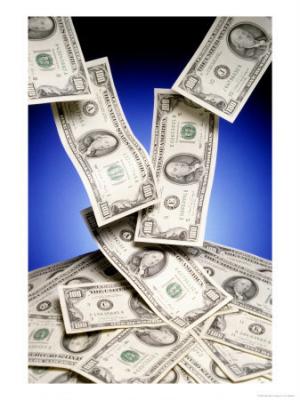 Yesterday the so called “Obama Administration plan” to save the banks was unveiled . The plan in summary encourages the big boys to buy the so called Financial Toxic Assets (primarily the homes and mortgages of the small guys) at pennies on the dollar by having the government (Taxpayer) assume all risks and losses by insuring and financing the purchases.

This is a no brainer for the rich: Buy the stuff cheap. Keep the hefty profit of the good ones and pass the loss of the bad ones to the taxpayers !

As stock market reaction showed, the Wall Street and the real estate elite, who were all along waiting for this great opportunity to again make MORE billions of dollars at the taxpayer cost, loved this. After all they are the ones who made all the billions on the economic way up and now it is only fair that again they make more billions from the mess they created again!

In fact this was planned even before Obama’s election and all that Obama is doing is to implement it.  In the words of a former Obama fan, a liberal Nobel prize economist, a “cash for trash” policy that is being sold to the public in the name of “change” !