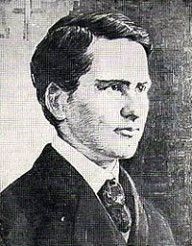 President Obama’s recent Nowruz overture to Iran has raised the hope for dialogue between the governments of the United States and Iran. After President Bush’s ‘axis of evil’ speech, it became rare for one to wake up to the morning news and not notice a new spate, a fresh exchange of insults and criticisms. Nevertheless, contemporary problems obscure the fact that few international relationships had a more promising beginning. In the early twentieth century, Iranians had come to admire the United States for standing aloof of the great power rivalry between Britain and Russia over Iranian territory.

It is noteworthy that the Iranian parliament in 1911appointed William Morgan Shuster, an American lawyer, to serve as the equivalent of the country’s finance minister. In the pre-1940s period, goodwill between the two nations was particularly impacted by the outstanding service to Iranian society by humanitarians such as Dr. Samuel Martin Jordan, Louis Dreyfus Jr. and his wife Grace. Then there is the case of Howard Baskerville, who died on the battlefield of the Constitutional Revolution on 19 April 1909, a hundred years ago.

Described as the ‘American Lafayette in Iran’, Howard Conklin Baskerville was born on 10 April 1885 into a well-educated Presbyterian family in Nebraska, although by the time of his death a few days after his twenty-fourth birthday, his parents were living in Minnesota. According to records uncovered by Robert Burgener, Baskerville made a hand-written application to the Board of World Wide Missions explaining that he wished to gain experience in foreign language and culture before entering the seminary. Baskerville, who at the time was about to graduate from Princeton University, was finally assigned a ‘short-term teaching’ position in Iran after his request for an assignment to China was rejected.

Some sources also indicate that Baskerville had basic military training in the U.S. Army. It is perhaps this training that later inspired Baskerville to organise a small group of his students from the Memorial Training and Theological School in Tabriz and join the fighting on the side of the revolutionaries at the Siege of Tabriz.

It is difficult to imagine that the young Baskerville, when embarking on his long journey to Iran, had any awareness of the political upheaval that he would encounter in Iran and the mark that he would himself leave behind. While the comparison with the Marquis de Lafayette is apt, one could also compare Baskerville to Alexander Hamilton, the other great American revolutionary. Although Hamilton became a leading figure of the American Revolution, he was not born on the American continent. Like the young Hamilton, Baskerville had barely set foot in his new country before he became enthralled by the revolutionary atmosphere, and putting his books aside, took up arms and drilled college students into revolutionary fighters. In going into battle, like Hamilton, Baskerville defied the advice of the more senior and cautious members of his academic institution.

Apart from youthful inexperience, one may wonder what else could have inspired these two men to display such commitment to people they had barely met. Although this is not a question that can be answered easily, and although Hamilton and Baskerville were two different men from two different eras, it is nonetheless apparent that both were driven by a sense of moral purpose. In 1908 and 1909, Baskerville observed the people of Tabriz subjected to the attacks of the Russian invader whilst simultaneously being put under siege by their own central government. By April 1909 when Baskerville took up arms, the ordinary people of the city were close to starvation. It must have occurred to Baskerville that the citizens of Tabriz had a natural god-given right to rebel.

Tragically, Baskerville was killed by a single bullet to the heart in his opening encounters with combat. His comrades went on to succeed in their campaign to bring representative government to Iran in what is known in Iranian history as the Constitutional Revolution (Enghelab-e Mashruteh). Unlike Hamilton, Baskerville did not live to witness the triumph of his cause, but his courage and devotion left a lasting impression on his comrades. Five days after Baskerville’s funeral and burial in Tabriz, his parents received a telegram dispatched on behalf of the Iranian revolutionaries, which read: ‘Persia much regrets honourable loss of your dear son in the cause of liberty and we give our parole that future Persia will always revere his name in her history like Lafayette and will respect his venerable tomb’. Later, the legendary Sattar Khan wrapped Baskerville’s rifle in an Iranian flag and sent it to America.

Despite the turbulence of Iranian-American relations in the second half of the twentieth century, Baskerville has consistently remained an Iranian national hero. Even at the height of anti-American sentiments in Iran in the early 1980s, Professor Thomas Ricks has noted that he always found Baskerville’s tomb covered with roses whenever he visited Tabriz and went unannounced to Baskerville’s grave. In the fall of 2004, at a time when the American and European governments were threatening Iran with retribution over the nuclear program, the municipality of Tabriz unveiled a new statue of Baskerville.

It may seem unusual that in a country ruled by Shiite clerics, an American Christian missionary who came to Muslim lands would be honoured by of all things, a statue, which is a form of bodily representation that Islam traditionally considered idolatrous. Yet, the fact that Baskerville was an American, or a Christian, or a missionary, is not as important as the fact that he was a courageous and selfless individual who battled for the betterment of his fellow human beings. In his own words, Baskerville explained that ‘the only difference between me and these people is my birth place which is not a significant issue’.

In remembering Baskerville, one may reflect on Iran’s tumultuous progress since the Constitutional Revolution. Amongst other setbacks, Iranians in 1953 witnessed the overthrow of the democratically elected government of Prime Minister Mohammad Mossadegh by a coup d’état which was orchestrated by the American government. The flame of Iran’s fledgling democracy, which had been set alight by heroes such as Baskerville in their fight for representative government, was extinguished by a cabal of conspirators. This event marked a turning point in how Iranians would come to view the foreign policy objectives of the U.S. government.

However, in honouring Baskerville, we must remember that despite the debris left behind by history, we have to move forward by emphasising our common humanity. While his tragic story hurts the heart, it summons the spirit. This gallant son of America, became a selfless hero of Iran, and is as such a very unique Iranian-American symbol.