Letter to Ayatollah Shahrudi about Delara 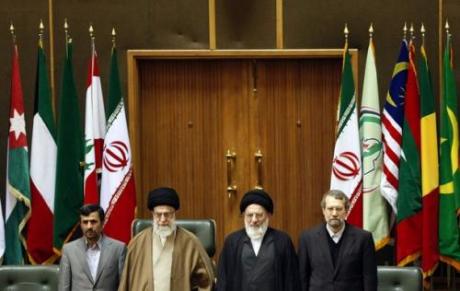 Stop Child Executions has sent the following letter about Delara Darabi to Iran’s head of judiciary, Ayatollah Shahrudi asking him to bring those responsible for Delara’s illegal execution to justice.

To prevent repeat of such injustices we must strongly demand accountability for such inhumane actions.

We ask everyone to also send this or similar demand with your name to the office of Ayatollah Shahrudi and others addresses listed below as soon as possible.  Please also post it on different internet sites and send to your email list and ask to be forwarded. We will also post and send the letter in Persian after translation. (Volunteer need to type the letter in Persian. Contact: info@stopchildexecutions.com)

“In the name of God, the Merciful, the Compassionate”

Your Excellency Ayatollah Shahrudi, the head of Judiciary of the Islamic Republic of Iran:

The unexpected news of the execution of Ms. Delara Darabi in the prison of city of Rasht has raised many questions in the minds of the caring citizens of Iran and the world.

Despite your official order for a two month stay of the execution and without any prior notice to her family or attorneys, in the early morning hours of Friday May 1, 2009 Delara Darabi was hanged.

According to official laws of the Islamic Republic, Iranian juveniles convicted to death sentence only after 48 hours official notice to the family and attorneys and only in their presence can be executed; however neither of these requirements was met in the case of Delara Darabi.

Presuming that the Islamic Republic despite its official ratifications of the both UN Conventions of the Rights of the Child and the Rights of Prisoners which had also been approved by Iran’s Guardian Council has no obligation in their implementations and can execute those juveniles who have committed a crime before the age of 18:

Presuming that the Islamic Republic of Iran has no obligation to respect the international laws as its own after they have already been approved by the Iranian parliament:

Presuming that it was legal and just that the initial court hearing of Delara Darabi continued its session without the presence of her first attorney:

Presuming that a few hours of court time were sufficient enough to decide the life or death of a young girl:

Presuming that the initial confession that was taken from Delara Darabi was true and a scared 17 year old minor should not have been made aware of her self-incrimination rights and consequences of such confession before obtaining it:

Presuming that the five years that Delara languished in prison, claiming her innocence until the end had no weighted significance:

Presuming that Delara Darabi had no legal appeal rights for reconstruction of the murder scene to establish whether or not this small framed left-handed girl committed the offence or not:

Presuming that Delara Darabi was guilty of murder beyond a reasonable doubt and her 17 years of age had no bearing on the death penalty verdict:

Presuming that your official order as the head of the judiciary to grant a two month stay of execution for Delara Darabi had no significance to the lower judges, prison officials and the executioner in the city of Rasht:

Presuming that the victim’s family insisted on Delara Darabi’s immediate execution the day before she was hung:

Presuming that the numerously repeated words of “merciful and compassionate” in the very beginning of every chapter of the Muslim holy book Quran had no relevance to Delara Darabi’s fate:

Presuming all of the above 11 points:

Your Excellency, as the head of the judiciary if you expect Iranians to respect and act according to the written laws and be held responsible when the laws are broken, then also those who were responsible for the illegal execution of Delara Darabi should be brought to justice.

Head of the Judiciary

Leader of the Islamic Republic

Ayatollah Sayed ‘Ali Khamenei, The Office of the Supreme Leader

and to diplomatic representatives of Iran accredited to your country.