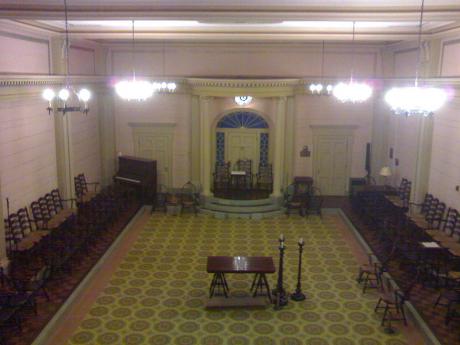 Freemasonry has often been called a “secret society”, Freemasons themselves argue that it is more correct to say that it is an esoteric society, in that certain aspects are private. The most common phrasing being that Freemasonry has, in the 21st century, become less a secret society and more of a “society with secrets”. The private aspects of modern Freemasonry are the modes of recognition amongst members and particular elements within the ritual. Despite the organisation’s great diversity, Freemasonry’s central preoccupations remain charitable work within a local or wider community, moral uprightness (in most cases requiring a belief in a Supreme Being) as well as the development and maintenance of fraternal friendship – as James Anderson’s Constitutions originally urged – amongst brethren.