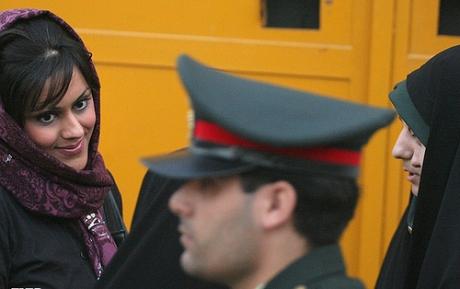 Iranians lament deep rooted corruption in every aspect of their society and it is with a sense of great loss that they look back at what was once a proud past in the history of morality, justice and human rights.  The simple and yet profound message of Zoroaster, Good Thoughts, Good Words, Good Deeds’ (پندار نیک، گفتار نیک، کردار نیک), is the most well known and commonly used phrase that we proudly say and display as a sign of our moral heritage.

What can explain this gap between our moral heritage and our immoral present?  Our burdened society has sought simple reasons for this decay.  When Iran was a monarchy, corruption was linked to the ineptitude of our monarchs.  Now, all fingers point to an Islamic theocracy that wields the instruments of power and legitimacy.  The consequence has been an unprecedented abhorrence for anything that is institutionally Islamic.

Present day instruments of governance have failed miserably in creating a noble society, despite their efforts to exemplify such a society as the fruit of Islamic jurisprudence.  In response to coercion, Iranians have further distanced themselves from the claimed faith of their ancestors.  The rise in corruption and immorality in society has led to yet another failed attempt in institutionalizing that which is self initiated and regulated.

Morality has been institutionalized on the basis of fundamental precepts in Shi’ism.  As an example the much repeated and familiar admonition (امر به معروف و نهی از منکر) that commands every Shi’ite Moslem to admonish another in doing that which is expected of them, as a religious precept (واجبات ), and to avoid that which is prohibited and forbidden           (مکروه ).

The charter of these institutions, known as (ستاد امر به معروف و نهی از منکر ), encompass every aspect of life.  These institutions also contain the instruments of control as evidenced in the use of the word (ستاد ). While they appear to be utter failures in exerting the desired influence on society, can sinister objectives be pursued under their existing cloak?

Can the banner of justice be raised in a theocracy that has sunken to the unprecedented depths of corruption and immorality, and with economic woes that perpetuate disillusionment amongst the masses it tries to influence?

Our resilience as a people has been shaped by our ability to defiantly coexist with adversaries.  Foreign power intrigues and religious machinations fill the pages of our checkered history.  Today, a relentless theocracy draws its life blood from an entrenched dogma and a trail of perceived threats.  Can there be any wonder that we find ourselves trapped between a palpable illusion of our past and the tangible reality of our present?

In such a society, can the exaltation of human virtues, as exemplified in social justice, individual rights and freedoms be, once again, enshrined?