One-Year Anniversary of the Imprisonment of the Yaran 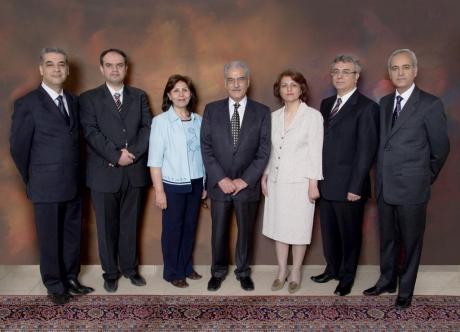 As of today, the former Baha’i leaders of the Iran, known as the Yaran, have been imprisoned for one year. They are being held on untenable grounds, namely “espionage on behalf of Israel”, “insulting the sacredness of Islam”, and “propaganda against the regime.” The seven have since been held in the notorious Evin Prison without access to to lawyers and very limited contact to their families. Their detention and pending trial constitute one step in a 30-year-long systematic campaign orchestrated by the government to eliminate the Baha’i community as a viable entity in Iran, the birthplace of the Baha’i Faith.

To commemorate this anniversary, Iran Press Watch has graciously created a video to spread awareness of the plight of these leaders as well as that of the general Iranian Baha’i population.

Please spread the word and keep these innocent souls in your hearts.