Not worth the effort 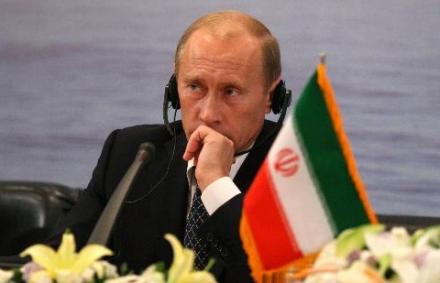 Russia’s recent decision not to sell the S-300 antiaircraft missile system to Iran (at least for now) raised hopes that Moscow would cooperate more fully in the effort to prevent Tehran from developing nuclear weapons. Recent statements from Russian leaders indicating that they were on board with the U.S. strategy further buoyed optimism. Despite these promising signs, however, there is strong reason to doubt that Moscow’s cooperation will continue.

The Need for Russian Help

While the Obama administration has been formulating its Iran strategy, Congress and many pundits have touted the need for Russian support. At the opening session of the hearing “Prospects for Engagement with Russia” held on March 19, Senator John Kerry (D-MA) observed that “Vital to our efforts toward a nuclear-free world will be a greater effort from Russia to prevent a nuclear-armed Iran. The president is right to open the door to direct engagement with Iran. But it is imperative that we back a strategy of engagement with a commitment to more effective multilateral sanctions if negotiations do not bring progress. To do this effectively, we need Russia on board.”

In a speech on March 23, Senator Carl Levin (D-MI) stated: “For some international security challenges, like proliferation of weapons of mass destruction, we need Russia’s cooperation; we cannot do the job adequately without Russia.” He went on to make clear that Iran was one of these issues.

In a May 1 Wall Street Journal interview, Brent Scowcroft, former national security adviser to Republican presidents Gerald Ford and George H.W. Bush, said with regard to “the looming Iranian nuclear danger” that “the only chance to dissuade Iran is if the United States and Russia are linked together on Iran.”

Russia’s Real Agenda
Like Europe, Israel, the United States, and most Arab governments, Russia does not want Iran to acquire nuclear weapons. The expectation that this will lead to joint Russian-American cooperation, however, is seriously mistaken. Moscow does not want Iran to either voluntarily renounce or be forcefully prevented from acquiring nuclear weapons if — as Moscow fears — this results in a diminution of Russia’s value to Iran as a protector or partner. Even a nuclear-armed Iran would be preferable to Moscow than this prospect.

Moscow has little interest in working with Washington to prevent Iran from obtaining nuclear weapons for two important reasons: First, Moscow has reasonably good — though not untroubled — relations with Tehran. Russian firms profit from selling arms and nuclear technology to Iran, and Russian petroleum firms are actively seeking to invest in the Iranian oil and gas sectors. Moscow is also deeply appreciative that Tehran has not supported Chechen or other Muslim rebels in Russia, or challenged Moscow’s influence in Central Asia and the Caucasus.

Moscow does not want to jeopardize any of this by seriously cooperating with Washington against Tehran. What Moscow would prefer instead is that others — the United States, Europe, Israel, or some combination — take the lead in confronting Tehran on the nuclear issue. If they succeed in getting Iran to halt its efforts, then Russia gains by avoiding the strategic challenge of having another nuclear power in its neighborhood. But if they fail to halt this activity, Moscow prefers that these actors — and not Russia — be the focus of Iran’s ire. This is especially true if Iran actually acquires nuclear weapons.

Second, the Kremlin sees the Obama administration as asking Russia to risk harming its Iranian ties while Washington is openly attempting to improve Iranian-American relations. Moscow has long feared that if U.S.-Iranian ties improve, Russia’s importance to Iran will diminish. Many Russian observers are convinced that Tehran would much prefer to purchase weapons, nuclear reactors, and virtually everything else from America and the West rather than from Russia. Although Moscow does not want to see open conflict between the United States and Iran (especially if it leads to greater American influence in the region), it certainly has no interest in facilitating an improvement in American-Iranian relations that the Kremlin fears will diminish Russian influence over Iran.

Medvedev’s False Reassurances
Some observers dismiss these concerns, citing reports that Russian president Dmitry Medvedev told President Obama that Russia is increasingly concerned about Iran’s nuclear program and wants to increase cooperation with the United States. Yet even if such reports are accurate, they should not be taken at face value.

First, Medvedev’s alleged desire for greater cooperation with the United States does not mean that he will follow through. He knows Washington wants Russia’s help, and he may hold out the prospect of collaboration to see what concessions the Obama administration might make to secure Moscow’s support. Second, the Russian president’s cool response to Obama’s letter — stating that there would be no need for U.S. deployment of ballistic missile defenses in Poland and the Czech Republic (something Moscow vociferously opposes) if there were no Iranian threat — indicates that this concession is not enough for Moscow. Even if Medvedev meant what he reportedly told Obama, it is Prime Minister Vladimir Putin, not Medvedev, who has the final say on Russian foreign policy. Third, Putin, who has privately expressed concern to Western visitors about Iran’s nuclear program, hinted during a CNN interview in August 2008 that Russian cooperation on Iran is contingent on American cooperation on Georgia. As far as Moscow is concerned, Washington’s continued support for Georgia (including the recent NATO military exercises there) demonstrates that the United States is not cooperating with Russia on this issue.

Even if Washington made the concessions Moscow seeks, what help can the United States reasonably expect Russia to provide on the Iranian nuclear issue? Russia will neither take part in any forceful action against Iran, nor damage its economic relationship with the country, especially since Moscow fears that Washington is trying to snatch the Iranian market away.

Some believe that Medvedev’s reputed concern about Iran’s nuclear program will lead to Russian support for tougher UN Security Council sanctions against the Iranian regime. But Medvedev’s alarm is more rhetorical than real, and Moscow will most likely do what it has done in the past: work with China to delay and water down a resolution introduced by the United States or one of its allies, and then try to mitigate Iranian anger by claiming that Moscow had actually protected Iran from much harsher sanctions that the United States sought to impose.

Moving Forward Without Russia
The degree of effort necessary to secure Russia’s limited help is not worth Washington’s time or resources: if U.S.-Iranian relations improve, Washington would not need Moscow’s help, and if they do not, Russia would not be willing or able to do anything significant to prevent Iran from acquiring nuclear weapons. Whether the Obama administration should attempt to improve relations with Tehran is open for debate, but the notion that “We need Russia to help us with Iran” is not.

Mark N. Katz is a professor of government and politics at George Mason University. First published in PolicyWatch.