The story of my friend Solmaz 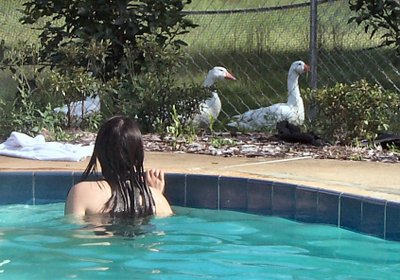 My friend Solmaz Why in our short life we should have so many problems? As a child we should be worried and have problem. As teenager we have the same problem and as gown up man and woman we also will have problems. Why the people do not try harder to solve these problems. And make the life beautiful for every body. Solmaz told me.As I was student in Germany one day one of my professors came to me and said. Here Solmaz listen and showed me a book.

He said there are about 200 families in the world who have the %40 of the whole wealth of the world. They control media; they have power and appoint kings and presidents by their agent and spending money in the media and also give to their agents, they divide this money to the people who can have influence and brain wash the people especially the young people. If the people as presidents or kings do not listen to them, they will kill him/her and remove him/her.

He said they want ignorant people in the world so they can control them and so to run and govern the world will be easier. They want to sell their weapons, bombs, drugs and other materials so they need markets for their materials. They are marketing hate and disagreements between people and nations and different religions’ members. They train the people to belong to one group and believe only that group is right and the other groups are wrong.

If you study all religions and the philosophy of religions or other philosophy schools deep; you see that they are saying the same thing. Do not kill , do not take the materials which is not belong to you, do not have relationship with other woman or man without marriage , do not lie , be nice to other people as you expect them to be nice to you… and so on. Generally Love, Unity and Help your fellow persons. If you are born in a Moslem family so you will be generally Moslem. If you are born in a Christian family you will be mostly Christian.

You will learn from your parent or your family about that religion and grow in that culture and that religion. So why different religions should hate each other as their basic principals are the same. The radical religionists people are so deep in their own believe that they think all other believe are wrong. Or they do not believe in any religions at all and only they use the religion as a device to have money and power. I had Christian friend who was an Adventist and he said “all other churches are Satan churches and the people who are going to that churches are going to hell. And only the followers of my church are going to paradise.

So if you are born in a family with two or three religions; then you believe all of them are right or all of them are wrong. The believers of other religions can hate you or disrespect you. Why? Because the system of the world that which is control and run by these business people want this disunity and ignorance so they can sell their weapon or drugs; I mean illegal drugs or dangerous drugs which effect young people to be indifferent and do not take care of themselves, by lazy and sick, be violent and disrespect other people. Do not learn, because they do not know the value of knowledge and disrespect elderly people and their teacher.

What is the result, the teacher will be indifferent, too and that is what the system wants. If there is no hate and no war who wants to buy these weapons and bombs. They produce a lot of them and they do not want to keep and store them for ever, they want to sell them. But how, they should marketing them and find customers. They train people for these matters. If the young people are clever and learn very well and do not use drug, to whom should they sell their drugs and weapons? A bomb costs one million dollars, who will pay one million dollars for a bomb if he/she cannot use it. They do not want to store the weapons for ever.

We heard about mafia or a group of people who have power and kill their enemies or the people who have business, but do not recognize them and do not give them extra money. Sort of taxes but gathered illegally by the employees of this organization. But above all these organizations and groups are some heads; a group of people who plan and organize this program.  They make a plan for many years; they gather together and make good plans by their expertise to control the whole world. A head who guide all these groups and organizations have huge plans for many years in advance. They support their dictators that they brought to the power as long as they are listening to them, when they do not listen to them, they will be changed or killed.

By their media and through their advertisement they make suddenly the dictator whom they supported before like a very bad person; like a monkey, play boy. And the new dictator who is may be worse than the first one will be made by advertisement like a philosopher, a nice man very well educated, who wants to work for the people and not for money. He /she are not greedy and ill tempered. But the first one is a bad person, is a play boy, play girl type who wanted only money, power and sex. And did not care about his/her people and suddenly the dictator from the heaven comes down to the hell.

Why? Because they control the whole world, just because they have a lot of money and want to keep these billion of billion dollars and the power in their procession; and that they want to have their dream super imaginary luxury life. A lot of people have Ph D or other good academic degrees, but only few of these people got good jobs and many of them do not get even a job. Why? As if they do not listen to them, you are out and with PhD you will be a physical worker only. Your boss will be a stupid person who will control you.

The high class job will be in the hand of ignorant people, as they can control them easily.Because those people who with high degree have no job or are homeless are those who do not listen to them completely; they have some other value which they respect, but the system will total obedience and total brain washed people who cannot be even against the unjust and be totally indifferent and be like a robot. Why the people should listen to them, because they have power and they can persecute you and you will lose everything that you have or you will be killed.

It seems like fairy tale, but sorrowfully it is correct and is a real story. I know a lot of real stories about these and I will write some of them, I hope it will help the humanity and unity of mankind. You will see how difficult the situation is. We can live long with peace and unity together, but they make our lives shorter and stressful. The stress that these people bring in the society will short the lives of people. They killed 9 millions Iranian in the First World War, by blocking food; they do not have food enough, so they died on the street.   9 millions; it is not a small number. In 1914 Iran had 18 and 20 millions and 1919 the population of Iran was 11 millions.

Only in 1956 the population of Iran was again 20 millions, my grand father told me that the people died on the street like leave of the trees as the food was so expensive and rear. The British did not let the neighbor countries bring food there and sell there.  They did not even let American bring food to Iran and give to the people who were hungry. Do you think it is nice to kill a nation in half, because you want to control them?  Jus like Hitler killed 6 millions Jew. The British killed 9 million Iranian by blocking the food way to them and took their food for their army. Nobody care. The world is quit. The system also forces people to be indifferent with each other and more and less is like a robot.

We should not consider about each other and not to be united. If we are not indifferent, we will be punished. The system of just in many countries is so indifferent that you try not to be involved with it. So if you want to help people and be nice and concerned about other people you will be punished even by the people whom you helped, as the system train the people to be indifferent or cruel. The big huge industrial insurance companies who make billion of billion dollars in year give their customer a very poor; in reality they are only gathering money and do not want to spend it. They are more a money collection companies with a very bad service and the gambling companies and illegal industries gather people money who desperately need help and Just system which is generally indifferent and only by attorney it will function and work and attorneys are so expensive that you as a normal person cannot hire them and get their help.

So which choice we can have; to be very careful and indifferent and just think about ourselves; that is what the system wants. Be very careful do not do anything for others and be indifferent and do not listen to other people problem and say that is your problem and I do not want to listen. The Love has died and the people get day by day more indifferent and more and more like robots. In this way they make their business and marketing their products. And we are their victims. Solmaz will be one of their victims one day also so I will write this true story to warn other people of these traps. You cannot get even love in churches, mosques or temples. All of them are changing to be a business organization or a political function and that I will write other true stories Solmaz told me.