And then there were 4… 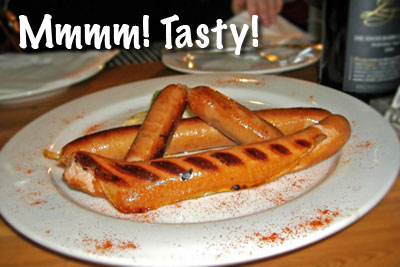 Welcome to the Blunderdome.

Here’s how it works.

Out of this list, the Guardian Council, which by now must appear to you to be aptly named, chooses those they feel that best adhere to, and agree with (get this) the principles of the Islamic Republic. Or put simpler, agree with them.

Lo and behold we have 4 “choices”.

– Mahmoud Ahmadinejad,
– Mehdi Karrubi, formerly the speaker of the Iranian Majles (legislative assembly)
– Mir-Hossein Mousavi, who was Iran’s last prime minister from 1981 until 1989 (when a constitutional amendment abolished the position)
– Mohsen Rezaee, who commanded the Revolutionary Guard from 1981 to 1997 (affectionately known as “The Golden Years”)

If your lower gut is twitching right about now, and you’re thinking that from this whine list, the Moussavi sounds to be the dark-horse meat you’re leaning toward, that would be right. Your only mistake in falling for this mean trick, is that you’re looking for a reformist. And unfortunately for you and Moussavi, reform is not on the menu.

The Karrubi, looks good too. But you have to wonder if it’s fresh. So much Karrubi in the past has been off. Not that it’s his fault. He’s merely the speaker of a Majles with less power than the Rastakheez party under the Shah.

The problem, with Rezaee is that even if served cold (like revenge should be served), it absolutely gives you gas, and you know you’ll be up all night. You could say that Rezaee is “pure torture” for those who have not acquired a taste for it.

Which brings us back to Ahmadinejad. There are so many ways one could describe this dish, but to sum up, we would have to say that as a food metaphor, Ahmadinejad is the “Spotted Dick” of Iranian presidential candidates. If forced to, you can muster the courage to try and choke it down once. But as electoral entrees go, I believe we’ve all had enough.

So there you have it. Your “menu” for this “evening”.

PrevPreviousBringing Iran In From the Cold
NextReport: Hizbullah Behind Hariri’s MurderNext