The Story of Djalal Part8 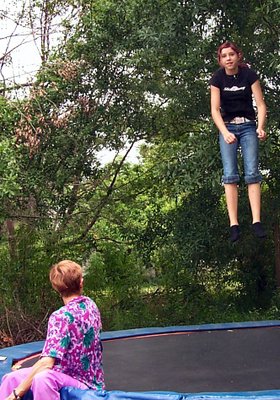 Now the other side, the students do not respect the teachers and are cruel to them. I thought always I would be a teacher and will love and help the students. Now the teacher cannot even touch the students and must respect them as adult which are good, but why the teacher should not be respected? As I was teacher in different countries I can come to one result. The system, which controls the world, does want unity of mankind. In other countries the children have no possibilities to learn and going to school or collage and they are so willing to learn, but they cannot. In Iran the entry exam is so difficult that maybe 1 from 20 can pass the exam. In American everybody can go to collage and the teacher are in the service of students. But as I was teacher in high school here, I saw how the teacher is abused by the system, by the students and the school system. In one school year more than 20 times I was asked to the office that the students are saying I am teaching too much. I must slow down and have fun with the students they said. Take them out and play with them. In other countries the students want to learn and have no possibilities and here they have the possibilities and do not want to learn, because the system does not want them to be very well trained. They want to use drug and other illegal materials, but they do not want to learn and listen to the teachers and nobody care about them and explain them to use drugs is not good. I remember that in Germany one time a girl in my class was crying and I asked her why she was crying. She said that the other teachers said, listen, you are so unlucky that a camel rider is teaching you now. It was I. That time I had a country and I could go back immediately. As I was in the air I promised to myself that I would never go back to other countries for working or learning. When the people of other countries do not like us why we should go there. But than come revolution in Iran and because my mother was Baha’I the regime of Iran did not accept me as a Moslem and I should go out of the country and I must come here in the USA to be punished by the Christians or Americans, because I am not from here, I did not study here, and I do not know the culture very well. Generally the Americans do not have patient for other cultures and they do not give me the same chance. So in Iran I was in a top position and here I must start from the bottom again. The system is different, my experience is different and all of these bring my situation down and make it hard. I worked here as a teacher in Cyber High School and they did not pay me, they want frees work, but I must pay all costs. I worked here in the Public High School and they did not pay me, because I was foreigner and have no help. Nobody in the school system had interest to help me. I went to the head officer in Iran to ask why I should not work as a teacher as I was a professional teacher. He said you could work as a physical worker.

You are strong and can work as physical worker that was in Iran and the same statement has been said to me here in the USA is the same way that they wanted me to work as a physical worker not as a teacher, why, because I teach too much and I am from other country. The excuse in Iran was that your mother is Baha’I and you were teacher and student in the Christian school and if you want to stay here as a teacher you must write articles in the newspaper against the other religions and so you can stay in your position that was in Iran and here, a mother says to me my boy does not respect you, because you are foreigner. This time I came to the USA without having other choice. In my German class I had a Russian boy who was some how against Iran. He thought that Iranians are much more back in the culture as the Russians and so he said to the students in the class that we are riding camels in our country instead of cars.

The same question had been asked many years ago in Turkey as one student asked me if in Iran there is any car. Now the students in my German II look to me as a camel rider, too. In the time I was teacher at the Azad University in Iran or at the German Schools, the students were so nice and friendly and they learn so good that it was a pleasure to teach them.

As in Germany they say I cannot help you. The love has been died and why the people are trained to be indifferent and very selfish. Why because the system in the world will that situation. If in Iran there was no inflation, the people will not delay their payment. If they people try to understand each other and be nice and friendly with each other, the life will be much more beautiful and much nicer than now, but if there is no hate and disunity then, who will buy these weapons and how can these weapons be sold. If there was no inflation in Iran and law system considered the inflation and the interest so the people would not delay to pay their loan back. I came to the USA, because I had problem in my own country and could not stay there. My son and wife think that I was not smart enough to keep my position in Iran, because I had no other choice. How can I write article in the newspapers against my mother’s religion? How can I write anything against Christians? How can I write something against Islam? My half brothers and sisters they were even nicer to me as my own full sister. My full sister and her husband who Bahai and I were sent them almost all my capital let me not in the house, which has been bought by my money anyhow. But I was always will come in my half brothers and sister house, even in the house of their children I was well come. I did not do anything special for them. I thought the Bahais are much better than Moslems and they will help me as I lost everything for that faith. But I was ignored and rubbed by my Bahai family. I thought the letters and documents which I have and show very clearly that I sent the money to my sister to buy a house for me will help, but 8 years letter writing to the spiritual assembly was a useless work. Just like in Iran, they did not have any interest about me and ignored me. To whom should we go? The System and Organization in the whole world are getting indifferent. Even if you are a victim of a religion they do not care about you. People and the government in Iran misused me, because my mother was Bahai and I have been misused here by my Bahai family and have been ignored by Bahai organizations. What will be the result, my son does not believe in love anymore and as they saw that the Bahai system is indifferent, they have left me, too. And coming here did not give me a better position and the persecuted position, which I had in Iran. In this time I was with Djalal, he cried and said that I had no other choice like you. I could not work in Iran any more and the people did not like me any more as my mother was Baha’i. Five years I worked hard and prepared the simple life for myself and as I got a full time position as a teacher and thought this position will continue so I wrote to my family to come here and I can support them a little bit, but as they came here the school system changed my position and I was not a full time teacher any more. I was a part time teacher in collage and substitute teacher in school system. That was my punishment, because the school system believe the students more than me, because I am like you from Middle East, and they think the Middle East people do not like them and will damage their system as they the Middle East people think the oil companies robbed their countries so the Middle East people will take the revenge. A girl said that I want to change her B to C, because she did not listen in the class and the school system believed it. The assistant principal called me in the class and said very loud that I should give a B to that girl. I never said to the girl that I would change her B to C. I gave everyday credits to the students who listen in the class, but if they did not concentrate in the class and if I ask something and or ask they to continue reading and they did not know where it was; so they will get a negative point for their participation in the class. In this way I could control them to listen and work in the class with reward of participation and the other teacher did the same thing.

If the student does not listen so he/she could not answer. And I gave him/her a negative point. The problem is that the people want to keep their positions even if they know they do not treat other people nicely. After the boy get his F changed to B. The mother said to the assistant principal thank you sweaty. The assistant principal helped me to correct the other students, but he did not help me to correct this boy. And I do not know why? Djalal said that he had the same problem with the school system, they do not respect the foreign teachers like the American ones. He said my son and wife get very upset, as they knew I have lost my position as a full time teacher and they were blaming on me and said, if I did what ever they wanted I would keep my position.

But how can you keep your position if you let the students cheat and do nothing. The other students will cheat, too. Nobody will learn as the class cannot be control and everybody can cheat and the teacher has no power to cut them…how can you teach, if the students are supported to cheat? If the teacher in the class will ignore cheating, so you cannot control the class.