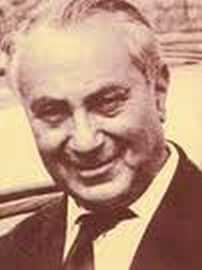 “Such it was that a few years ago, an institute intended to hold a conference in Geneva with the hope of honoring the literary position of Jamalzadeh. The preliminaries for this took place without the knowledge of Jamalzadeh. However much the foundation which intended to hold this meeting and invite speakers tried, it could not attract a favorable response to participate from the individuals in question, most of whom had been associating with Jamalzadeh for years. It had been decided that a round-trip ticket to Geneva from Tehran or any other place would be sent to all participants in the conference and they would be guests in Geneva for one week and would each give one speech lasting twenty minutes. The responses were negative and the response of one of them explicitly stated that despite all the fondness he’d had for Jamalzadeh in earlier years, he would not give a speech in this meeting nor would he attend as a listener because, the man in the particular conditions reigning in Iran had risen in war against the history and culture of Iran. I [i.e.Matini] too was certain that if the conference had been held, his adversaries would have gotten up and come from all over Europe and broken up the conference. Fortunately the conference was not held.”

I have spent the last decade trying to find out what exactly it was that Jamalzadeh did to deserve this cruel treatment. On top of that, as someone interested in Jamalzadeh, I have sort of inherited some of this wrath meant for Jamalzadeh. Since he is dead, they can’t get him anymore so they give it to me and believe me, the stories I have ain’t pretty. So, since some of you were actually there, can you please shed some light on what exactly happened? What did Jamalzadeh do to deserve this? I know he is guilty of a few “crimes”: he chose to live out his life in the “comfort” of the West; he continued to write in Persian about Iranian themes even though he was “ineligible” as he lived outside Iran; he continued to write even though his stories were no longer “good”; he had once accepted a job and therefore pay from the Pahlavi government; he said some unfavorable things about the character of Iranians and later about Iranian exiles, too; he said some complimentary things about Khomeini and the IRI in one interview (when he was 102), etc. These “crimes” are nothing compared to what some of the accusers have done. In any case, all these “crimes” do not warrant the treatment to which he was subjected. Additionally, if one thinks about his service to Persian, his contribution to Iranian culture, the positive image he has given Iran, the personal favors he did for so many Iranians and non-Iranians, it is mind-boggling that the whole herd was after him so and even after all these years no sort of apology or attempt to right the wrong has been made. I am told all of three people showed up for his funeral in 1997. This for the “father of the modern Persian short-story?” What is the REAL reason? I need some answers so please speak up if you were there!
*Matini, Jalāl. “Jamālzādeh va mokhālefān-e u.” Irānshenāsi 9, no. 4 (1998): 601-645.