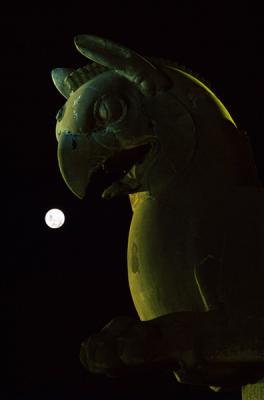 1. Establish a nationalistic government in Iran.

2. Convert all those (who want to be converted) ethnic groups into one ethnicity (Persian ethnicity). under one identity, goal, ideology, and banner of flag… which is Iranian/Persian nationalism.

3. Close down all borders. Throw all foreigners out. In terms of migration, Only let in either allies of Iran, Iranians abroad, ethnic Persians (sub-groups included), or other Iranics through out the world if they choose that they want to live in Iran…. Tourism should be availabe to all foriegners.

4. Spread Persian/Iranian nationalism amongst Iranians by encouraging it in schools, the Media, newspapers, and everyday life.

6. Change the name of Iran back to Persia. In the west it will be Known only as Persia, and in Iran it will be known either as Iran or Persia.

7. Create a personal Military force (Immortal guards) that is only loyal to the Party, ideology, Iran and the government.

10. Make a Persian union with other Persian countries (Tajikestan, Afghanistan) this union will be based on Military, economy, culture, history, and identity.

11. Establish a Iranic union. This union will be based around Economy, culture, and identity…. This union compared to the “Persian union” will not be as strong, because the party (Persian nationalist party) will not want it to be as strong. The brotherhood amongst Persians should be kept stronger than any other Union Iran/Persia will ever have.

12. Don’t let some Iranians migrate to certain countries because it will cause probelms.

13. Encourage Iranians abroad to come back home to Iran through nationalism (especially the succesful and rich Iranians).

And everyone lives happily ever after….. THE END