A look at my two countries 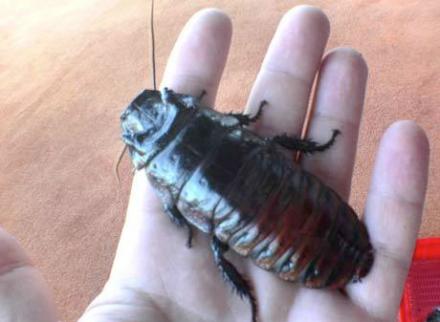 GOA, INDIA: Yesterday night I came home to find four cockroaches perched on my sofa. They were facing the television set even though it was switched off, as if expecting to watch a documentary on the future of their species. I backed off and went to buy a killer spray. At the shop, I discovered I had no cash so I sped on my bike to my friend Jo’s house to see if he had any (spray, that is, not cash – he’s a poet who lives on a diet of cigarettes and insect repellent).

“Who is it?” he shouted from his window.

He looked at me all bleary eyed.

“Cockroach spray,” I said. He smiled, shuffled off and produced an aerosol can.

“This is deodorant,” I said.

I thought, “Well at least I can whack them with this under-arm spray.”

Back at my flat I opened my door, reluctantly poised to vaporise my opponents but they had VANISHED. I look under chairs, behind the sofa – not a sign. Had they even been there in the first place? Or had the quartet conspired to freak me out? (“Come on, boys, it’s time we paid that idiot a visit – he tried to smack Jerry with his shoe the other day.”)

I imagined them watching from some corner, their antennae gleefully picking up my fear and frustration.

Earlier that day the BBC reported that a “far right, anti-immigrant” party in the UK – a Nazi party in all but name – had won two seats in the European parliament – there were pictures of its fascist leader laughing in victory, not unlike King Cockroach in my apartment.

Then there was news of elections in the Islamic Republic of Iran. Its president – as outspoken as he is reactionary – has been locking horns (or antennae) with an ever-so-slightly less reactionary leader whose wife, dubbed the Michelle Obama of Iran, a veiled version, of course, has been helping him along in his campaign.

The extreme right has been in power in Iran for 30 years but this is the first time in UK history that a Fascist has been elected into office. Feeling glad to be away from it all in India I made my way to the library in Panjim to borrow a couple of books I’ve had my eye on. Foreigners have to pay a Rs1000 deposit, which is cool. However, we can only take out one book.

“Can I pay an extra deposit to take out two books?” I asked the skinny woman processing my application.

She shooed me away. Minutes later I returned to the office where five or six of her colleagues were busy at their desks. Calmly and politely, I presented the book I wanted to take out – published in 2006 it cost Rs300. She wouldn’t budge.

“Because you are foreigner — you are from foreign country.”

“So I must be punished?” I said. Her colleagues laughed but this didn’t gratify me — I felt wounded.

An hour later, feeling hurt and angry, I made my way back to the library to either borrow the second book or cancel my membership. The office was closed – but then after badgering a couple of clerks, I was introduced to a lovely librarian – a woman with thick-rimmed specs – who wasted no time in allowing me to borrow book number two, with a promise that I tell no one else in case she’s inundated with similar requests.

This week I am burying my head in those books, in the vain hope that when I’m done, the cockroaches in England and Iran will have disappeared.