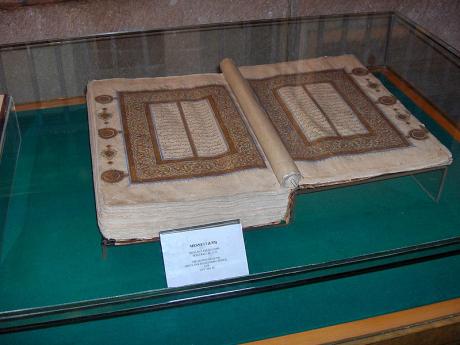 Rumi’s universality:
It is often said that the teachings of Rumi are universal in nature. For Rumi, religion was mostly a personal experience and not limited to logical arguments or perceptions of the senses. Creative love, or the urge to rejoin the spirit to divinity, was the goal towards which every thing moves. The dignity of life, in particular human life (which is conscious of its divine origin and goal), was important.

I searched for God among the Christians and on the Cross and therein I found Him not.
I went into the ancient temples of idolatry; no trace of Him was there.
I entered the mountain cave of Hira and then went as far as Qandhar but God I found not.
With set purpose I fared to the summit of Mount Caucasus and found there only ‘anqa’s habitation.
Then I directed my search to the Kaaba, the resort of old and young; God was not there even.
Turning to philosophy I inquired about him from ibn Sina but found Him not within his range.
I fared then to the scene of the Prophet’s experience of a great divine manifestation only a “two bow-lengths’ distance from him” but God was not there even in that exalted court.
Finally, I looked into my own heart and there I saw Him; He was nowhere else.