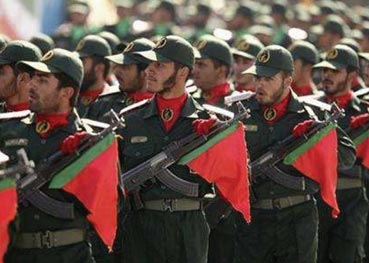 Most analysts (practically all?) tend to overlook the economic factors [ of the present situation]. Indeed this was a coup by the IRGC (Revolutionary Guards or “Sepaah” to most Iranians), motivated by financial motives.

Since Rafsanjani’s presidency (i.e. 20 years ago), the Sepaah have been increasingly active in all sectors of Iranian economy. They have grabbed many companies that have taken their fancy and essentially run the owners out of town. The process changed gear and gathered enormous momentum under Ahamadinejad who is himself a former member of the Sepaah. They even gave two phases (15 and 16) of the development South Pars gas field (the geological extension of the Qatari North gas field that has propelled that small nation to a GDP per capital of USD 1m+) to a garrison of the IRGC (Khatam-ul Anbiya garrison). These kinds of developments are the reason that Iran is failing to exploit the huge but finite gas resource that is being so ruthlessly exploited by ExxonMobil etc. on behalf of the rentier Qataris. There are myriad other cases too. For example, the Iranian domestic manufacturing is being ruined by the cheap Chinese goods imported via ports under the exclusive control of the Sepaah , over which the Iranian customs and tax authorities have no jurisdiction and to which they have no access.

Ahmadinejad and his gang are the tip of this economic iceberg. (A good example is Sadeq Mahsouli, the interior minister who was in charge of rigging the election, is a notoriously rich operative. When he was nominated to be oil minister in 2005, his wealth even raised opposition in the parliament, where one representative called him a “billionaire general”. Mr. Mahsouli acknowledged he was a rich man but was quoted as saying: “What Imam [Ayatollah Khomeini] has prohibited is the attitude and demeanour of living in palaces, not [actually] living in palaces itself.”)

Rafsanjani and the less well-known Nateq Nouri (former presidential candidate and former speaker of parliament) and other clerical billionaires (like Karubi one of the presidential candidates and Vaez- Tabassi who virtually owns easter Iran) represent a separate wing of the looting bazari mercantile class of Iran (who have traditionally been the chief financiers of the clergy) and the town (Iran) ain’t big enough for the ambitions of the two competing parties. The IRGC want to run the competition out of town and the astonishing name-calling by Ahmadinejad on live TV was the first public shot in the hostilities to come.

The brazen nature of the rigging of these elections must also be viewed in this light (e.g. neither of the losing candidates won in their own hometowns which is something very unusual, especially that all three came from minority ethnic groupings (Mousavi is an Azeri, Karubi a Lor and Rezai a Bakhtiari) . This was surely the highly provocative chest beating of the 300 kilo gorilla that is the IRGC.