This is it! Time for the real revolution! 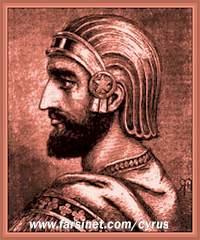 The “revolution” of 1979 took about 9 months to succed in removing the Pahlavi government out of power. It also started out by a hundred thousand or so of Iranians rioting. In the end, the number of the people that participated in the 1979 revolution was about 5.5 million. Now, if you compare that number to the ammount of people that are rioting now, it has reached almost a million through out Iran, and only in a few days, and of fource, tens of thousand of people are joining in the riots day by day. Imagine how many will be protesting in a month, or 9 months for that matter!

Further more, I would like to say to all Iranian people, both living abroad and in Iran. This is our chance! These protests are not only about the elections, and everyone knows that…. The purpose of these protests go beyond mousavi or Ahmedinejad or the election as a whole. The Iranian people are using mousavi as an excuse (in a good way) and as the last straw for the islamic regime.

This is our time, the people’s time to fight for a better Iran, a stronger Iran, whether culturally, militarily, or economically. A country that can become a model for all countries in the future.

Only through nationalism and national interest can Iran and Iranians/Persians experience and return to their past progressive state, and achieve glory.

Iranians have the national resource and one of the most educated and prideful people in the world, and with these things we can achieve something that many countries only dream of.

The Islamists and the mullahs will try to opress us through violence, and yes, they might have guns on their side, but we have Millions of people, and if we have to, we’ll fight with our fists and rocks etc.. (if it ever comes to that) or anything else we can pick up from downed enemies.

DOWN WITH THESE MULLAH AND ISLAMIST LEACHES, NO MERCY!