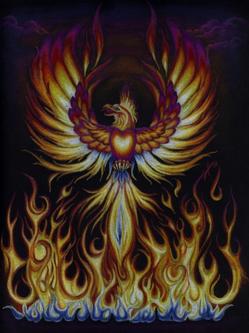 I did not grow up in Iran but when I crossed its borders eighteen years ago my heart refused to come with and so it is still there even though I am not. I am Iranian but I am not there to walk down the streets with my people, to take part in the demonstrations and shout out ‘allah akbar’ as loud as I can. Instead I sit here, faraway, hoping that perhaps this time god will finally show us just how great he is.

Thirty years ago the streets of Tehran were filled with millions of people who marched and protested, as they called for freedom. The Iranians reminded governments all over the world that no matter who ‘leads’ the country, no matter who is ‘head of state’ the final word is always, should always be, that of the people, who are after all the pillars of a country. Thus their actions made the shah leave Iran. But even though one dictatorship ended another one began. Iran was now to be lead by the clerics, who had entered the country and gained power by blinding people’s sights with false promises of freedom and democracy. Millions of people were killed for their beliefs and many fled the country fearing for their lives. Freedom and democracy were unknown to what had become the Islamic republic of Iran.

However several days ago, after the presidential elections in Iran, the Iranians picked up where they had left off decades ago. With strong words and even stronger actions the Iranian people strive for freedom as they are once again standing up against a dictatorship. Five days have now passed since the coup d’état and many citizens have been killed but still the demonstrations continue and the streets are filled with hundreds of thousands Iranians who are fighting for their rights and asking for their votes back. Like a phoenix from its ashes Iran rises.

My heart is there but I am not. Instead I sit here, powerless and worried. I anxiously watch the news looking for a familiar face amongst the enormous crowds. I listen to the radio in fear, knowing that at any moment they can announce the death of a friend, a family member or another fellow Iranian. I look at the thousands and thousands of Iranians proving yet again to the whole world that they are willing to fight for their rights, that they are prepared to sacrifice their lives for their believes. I look at them, as they battle for their freedom without ever giving up, and I am proud.

PrevPreviousMy Name Is Iran
NextFeeling Like an Outsider in SF: June 20, 2009Next