I stayed up until I passed out last night, waiting to hear news about Iran.  When I woke up at six a.m., I ran to see the news.  That’s when I realized what had started to happen in Iran.  A confrontation between armed men and unarmed citizens in quest for their already limited civil rights.  Child citizens, really, to my mind—for each and every one of them could be my son or daughter.  If we lived in Iran, my sons would be out there with them, I know.  When I saw the first video clip of how serious and scary the battle was, I started getting dizzy and feeling sick.  By the time I made it to the image of the dying girl, Neda, obviously suffering and bleeding of an invisible wound, and taking her very last breaths, I had lost it.  I sat at my computer wailing, like an old lady, like a baby, like a desperate mourner.  That could be the daughter I never had, that could be my niece, that could be my best friend’s daughter.  She was beautiful and lithe, with that gorgeous clean face, and the perplexed look on her face, seemingly conveying a message lost on the bystanders, including me.  I wailed and cried as if she were my own daughter.  It was only 10:28 a.m.  I watched more and I read more and I chatted with others online some more, but nothing could help me snap out of the state of desperation and sadness I had acquired all of a sudden.  I felt angry and inconsolable.  My son came to ask me whether I wanted to join him at the peace rally in San Francisco Saturday evening.  For the fourth time in one week, I got dressed to go and be with other Iranians.  This time, however, I had to go and find appropriate attire for the occasion, my black clothes.

Unlike the other three rallies I had attended this past week, this one had no air of protest for the election results.  It was no longer about Mahmoud Ahmadinejad.  This was for the Iranian youth, the fallen victims of a horrific confrontation of ruthless power with people’s will.  The group stood closer to one another this time.  They held hands and hugged.  I let go of my sobs in the arms of my friends, hearing theirs.  There were no longer any slogans about where people’s votes went, as though over the past 24 hours, with the lost hope so much prior ambiguity and criticism was all of a sudden clarified and people knew who did this, all of this.

I write to tell you that it helped to get out and be with other Iranians during this time of uncertainty, rage, and utter sadness.  It helped to hear others, men and women, sob in sorrow.  It helped to be together and to do the only thing we could do standing thousands of miles away from the brave hearts of Iran.  They have whispered something in our ears and now we know it, too.  It is upon us to tell it to others.  This is for Neda — the girl who at 10:28 a.m. this morning, told me to go tell her story to the world. 1234 next › last » 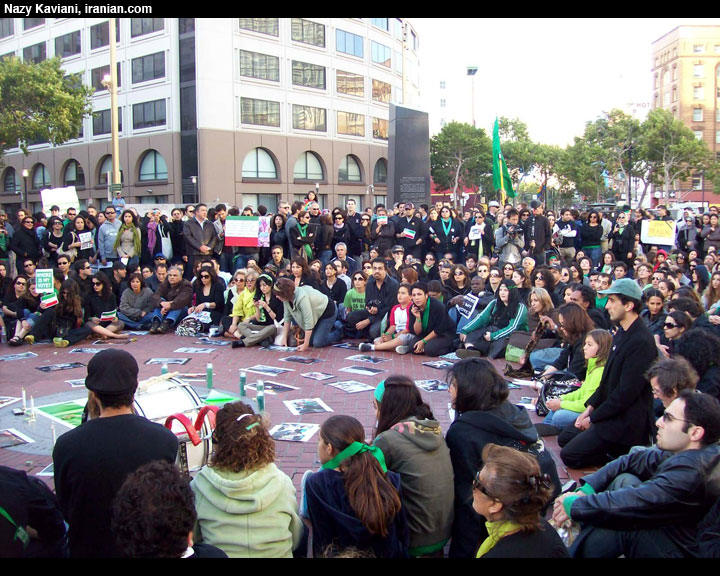 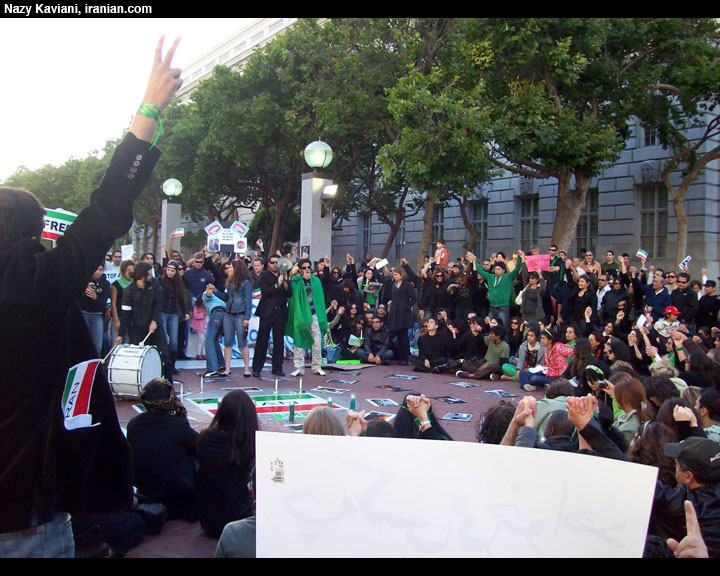 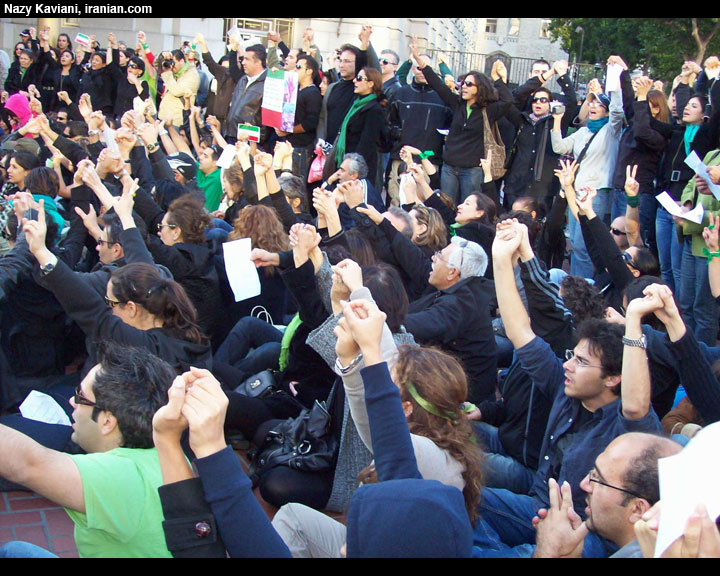 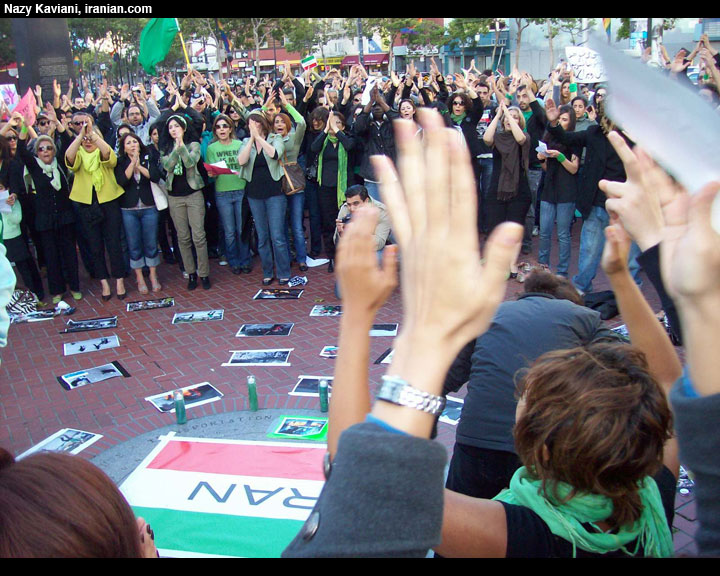 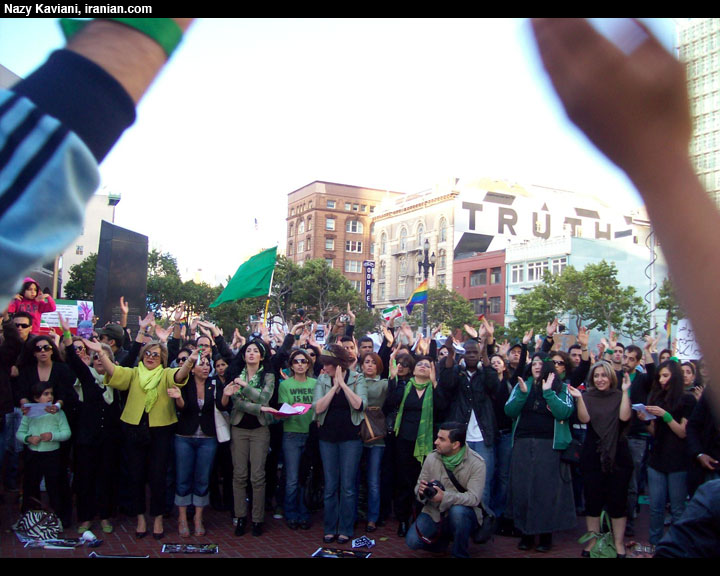 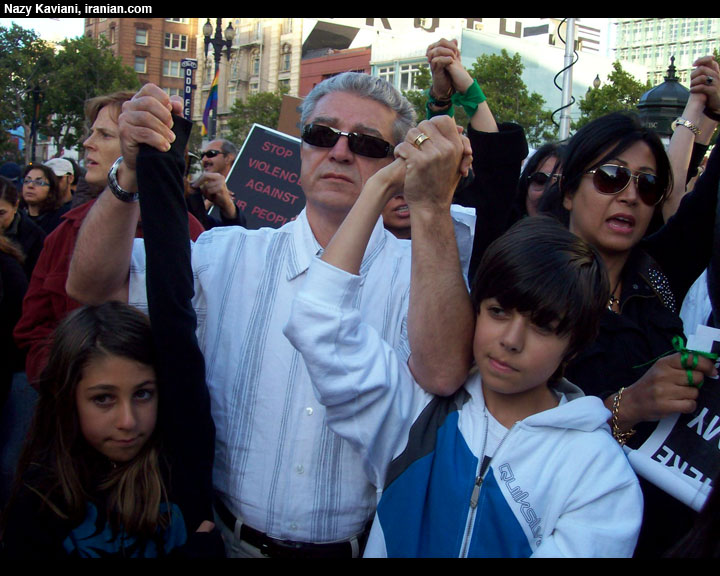 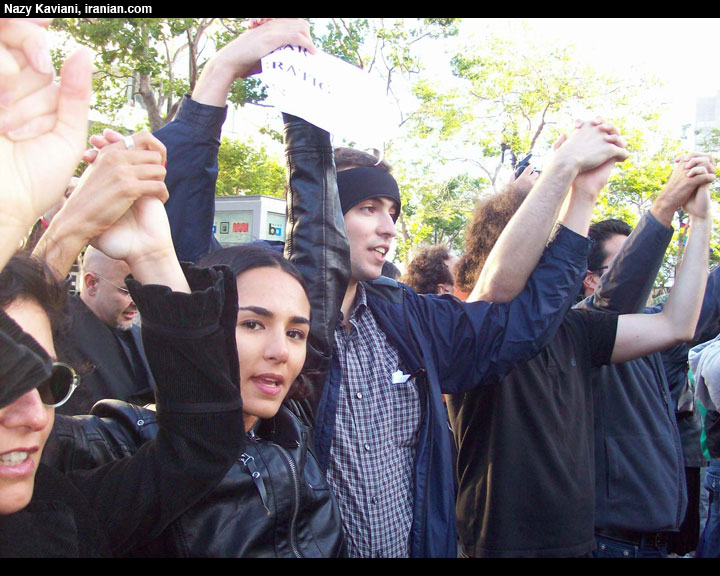 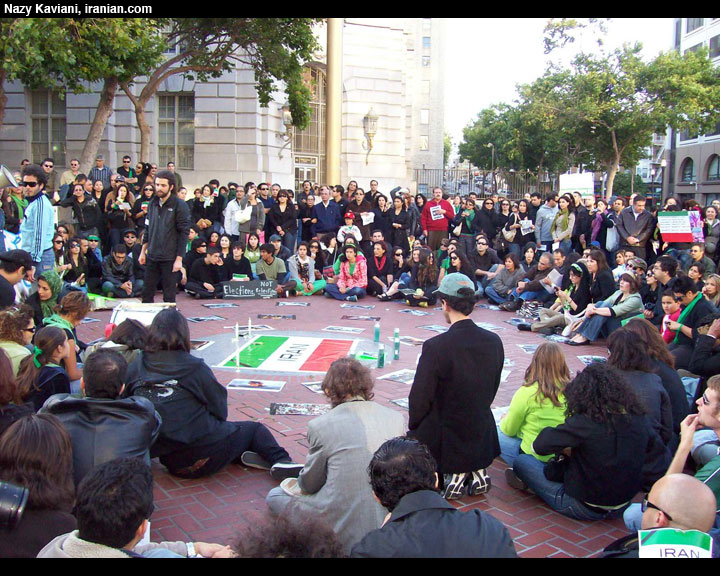 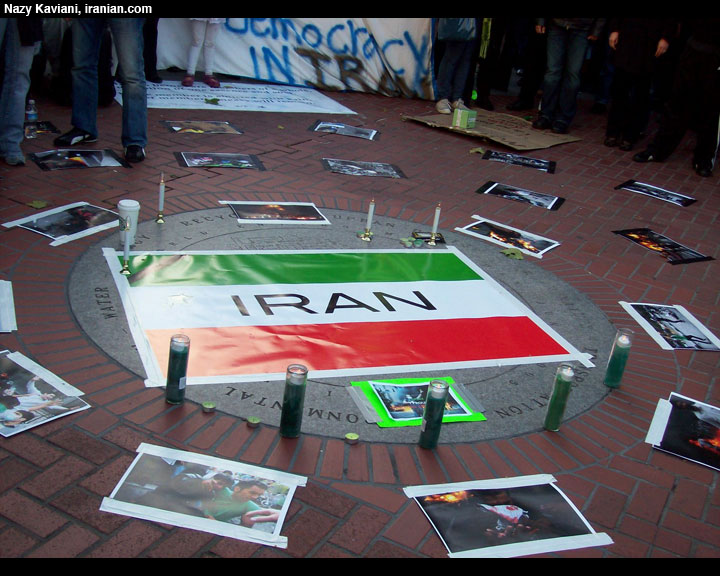 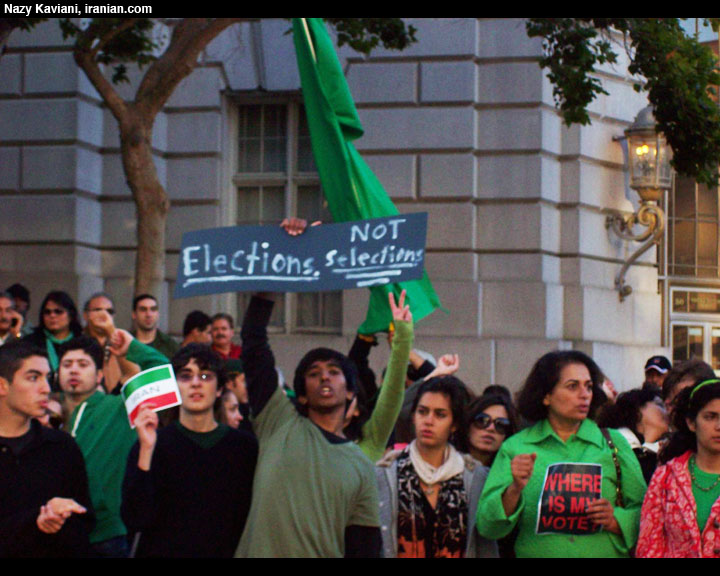 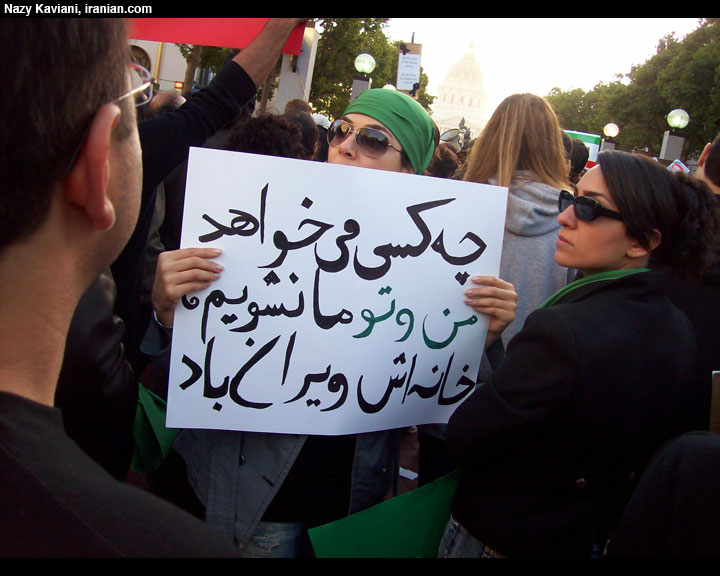 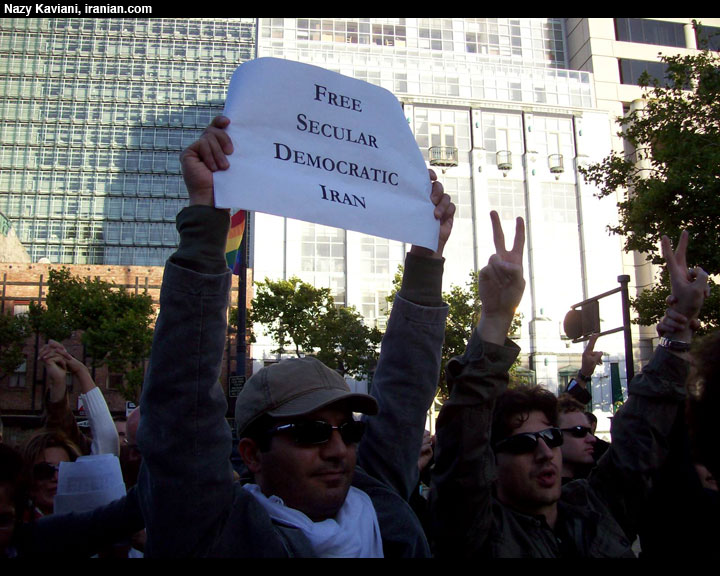 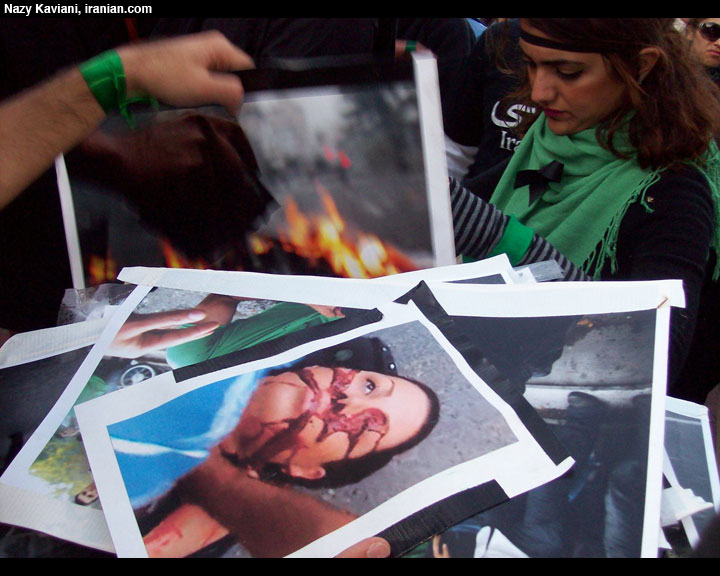 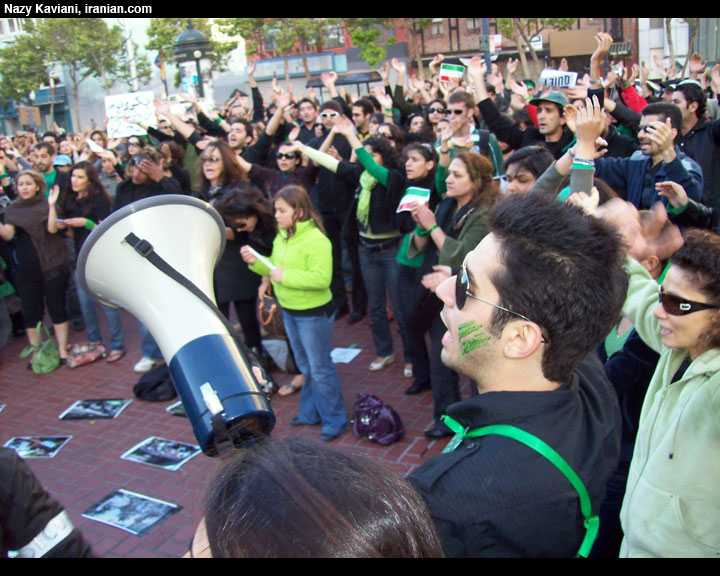 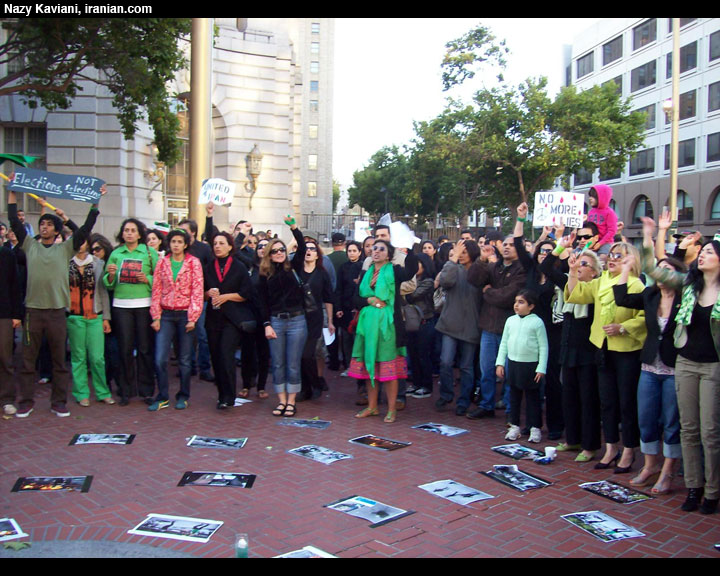 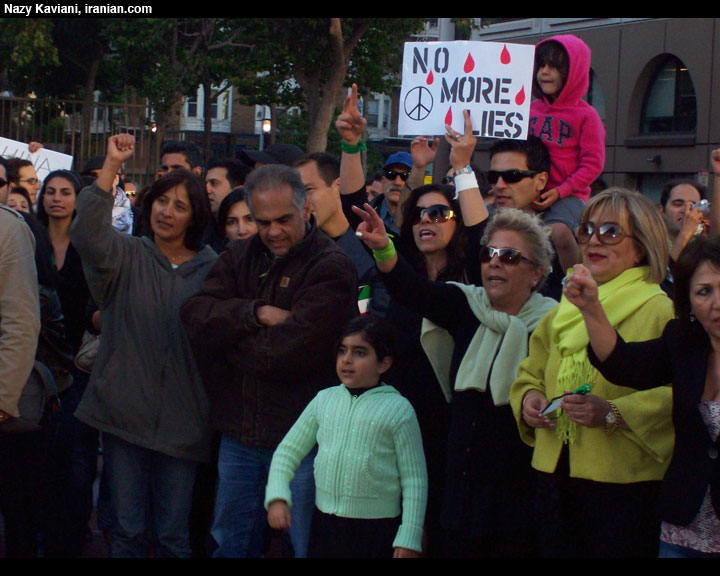 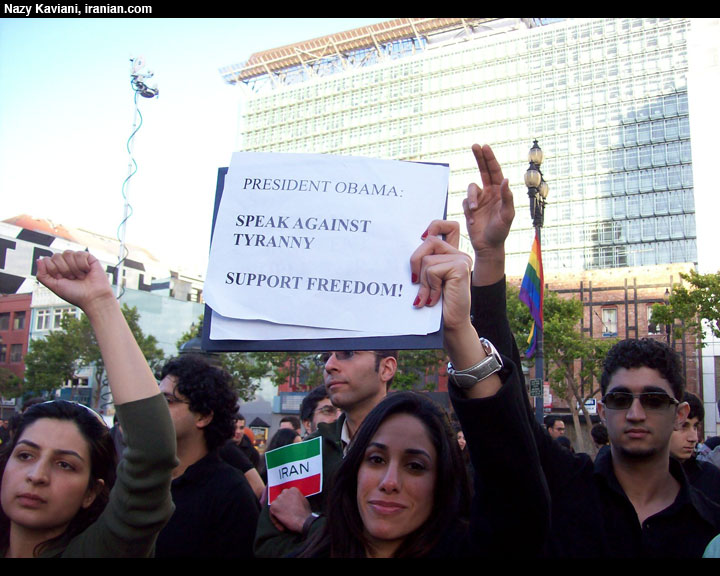 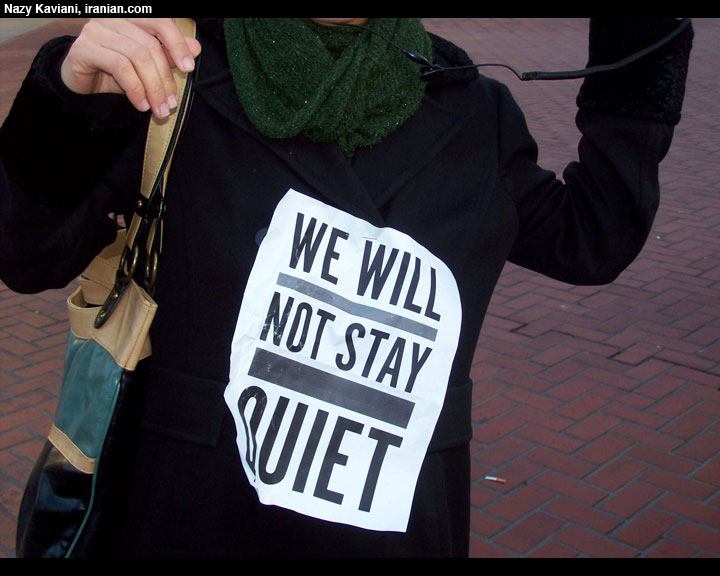 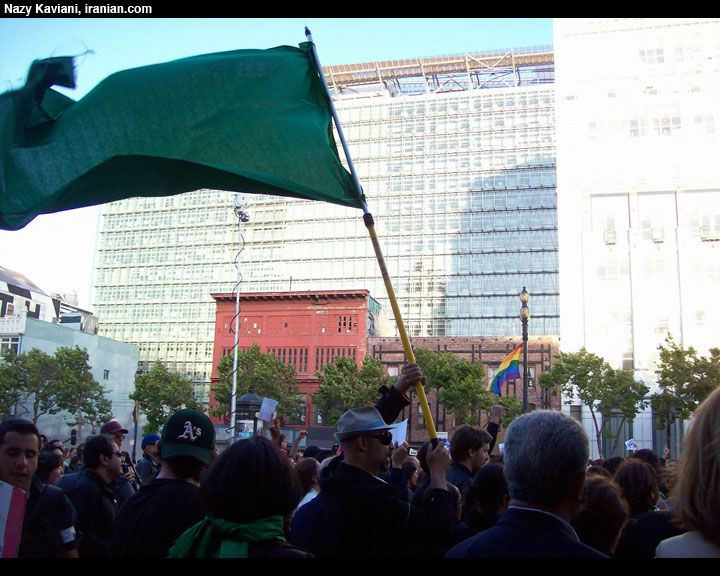 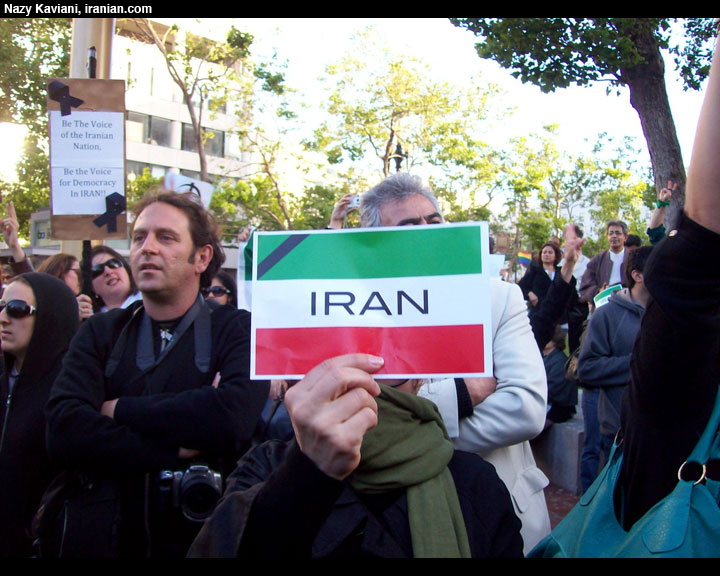