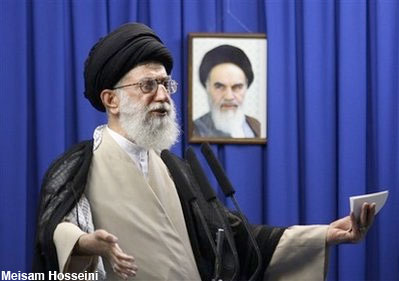 I was thinking it is funny how distant events have touched my life. I remember watching khomeini’s take over of Iran on TV while eating my dinner at college cafeteria somewhere in Midwest. Was still a teen and too inexperienced to understand how profoundly this bearded beast will impact my life. I recall thinking that he looked strange and not like anything or anyone I could relate to. Mullah’s were supposed to be for Aghd and death and stuff like that. After that I was too busy working and studying to know what was taking shape in Iran in any real sense.

Tony dislocated my right shoulder with a nasty twist during the afternoon wrestling warm up before I had to go to my 6 pm class and during break a classmate asked me about hostages which is how I found out about the take over of the embassy. It also helped me figure out why Tony, my wrestling buddy, and a first team All- American was so rough with me. 10 pounds lighter and twice as strong as me, he could have taken my arm out if he really wanted to hurt me.

By mid 80’s it became apparent that my boiler plate plan of getting a good education and going back to a good job and continuation of my generally happy life in Iran may not come to pass. And it was early 90’s before I realized that I recognized the toll of time and space. I no longer was as young, happy or purposeful as I used to be. My dad had forbidden me to go home until the regime had changed, even in his death bed.

Mid 2004 and more than a quarter a century later my dad passed away while my passport was being processed by the retards at the Interest section. I needed to say goodbye to my dad at a more acceptable distance even if I could not be there in time and even if it was despite his wish. My physical presence in Iran was a de facto acknowledgement that the Islamic regime had won the battle with me and my dad, at least as far as patience and circumstance. That was easier for me to accept than the agony of carrying their alien document and insignia as my identification. I was up all through the flights and never stopped working, reading and writing. Some of it was nervous energy and some of it was decades of emotions in flux. I knew it was time to land when I noticed whiskey drinking business class cabin mates switching gears. The landing crowd looked very different than the boarding.

Landed in Mehrabad but could have landed in Mindanao or Zimbabwe for all I felt. It was not a place I recognized despite familiarity of the airport from which my dad sent me away with a note of advice. “My Son, behave yourself as a guest you are. Be alert, be sharp, learn all you can and come back to serve your Vatan”. I was not allowed to read that note until the wheels of the plain had left the ground. I never thought of my father as a patriot or in patriotic terms. That note, however, had obliged me to come back and serve, and simultaneously instilled in me a connection even deeper than those I had developed when riding horses and gazing at perfect skies in Northwestern Iran or reading all the Persian classic literature that I loved to do. A land I will not see for a long time to come.

I was always a good boy and listened to my parents. I did all my dad asked in his note including serving the country in ways that is for another day and story, except going back to Iran. The years did take their toll on my soul and I often wondered if I had lived to the spirit of my father’s note.

After Khamenei’s speech on Friday, I spent the whole afternoon following news from Iran and was in a deep funk. I wrote a friend/role model, who has been a tireless warrior in fight against the Islamic regime: “It will be glorious in Tehran tonight. And that is not my emotion speaking. Profound choices shape destiny; and I think now is one of those defining moments. I have a sick feeling about what is to come and suspect we will all look back at coming nights and days with horror and amazement as heroes sprout from this Khake Pak. Our children shall remember and honor those yet to become heroes and symbols. If there was a right time to take action or pray to whatever you think can positively intervene, then begin.”

Funny, how distant events keep touching my life. The difference of last few days from my early days in U.S. is that this time I could tell in advance this one will change things in profound ways. I could even forefeel this one. I am alive again. I will go back to Iran and live to the spirit of my dad’s note and replace decades of hurt and sorrow with as many smiles as I can help create. I lost many battles with these anti human Mortaje’s but we will win the war.

My two girls will grow up knowing everything there is to know and understand about these past days and how distant events can touch their lives and shape their destiny through a Shahnameh style story I will call Neda and friends.