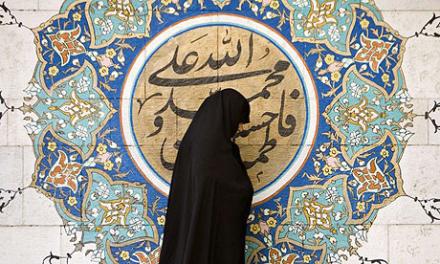 The recent presidential elections turmoil in Iran, regardless of the ‘truth’ behind the events, will undoubtedly have serious ramifications for the Islamic Republic on several fronts.

Chief among these is an inevitable blow to the Islamic Regime’s legitimacy, and its regional and global standing in the eyes of Iranians, the region’s population, and that of the world at large.

Within Iran, it is clear that a major rift among the population has manifested itself both on the streets and within the political and religious elite. On the one hand, millions of Iranian women and men have confirmed their frustration with the Regime and Mr. Ahmadinejad’s presidency through street demonstrations and direct action.

On the other, the handpicked candidates who were actually allowed the privilege of participating in the presidential elections by the ‘Supreme Leader’ together with their more powerful backers behind the scenes have turned on each other in a surprisingly public and vitriolic manner.

What began as a positive and welcome show of openness in televised live debates among the candidates quickly turned into allegations of election fraud by the losing side almost as soon as the poles closed. This was swiftly followed by a fierce crackdown against public dissent – ironically, just over a week after the 20th anniversary of Tiananmen Square.

While the street demonstrations have predictably fizzled out in the face of a Basiji militia onslaught, a new government headed by Mr. Ahmadinejad is likely to face enormous challenges ahead. The powerful Speaker of Parliament, Ali Larijani, has already made his misgivings known to the President Elect. A number of deputies have also raised their voices, and it will certainly be difficult for the president-elect to establish a strong Cabinet supported by the Majles. Much less is he able to portray his presidency as one for the entire nation.

The new government will likely spend much of its time tied up in dealing with internal squabbles, which in turn would lead to a slow-down in economic and social progress. A government that is seen as being short on legitimacy will not enjoy the support of a dedicated and cooperative civil service – quite the opposite. National development planning and executive leadership are likely to be heavily compromised for the next four years.

If anything, Mr. Rafsanjani, who is the second most powerful regime figure after Mr. Khamenei, and whose integrity and power were singularly targeted by Mr. Ahmadinejad during his campaign, will ensure that internal opposition to the new government will be strong and effective. Mr. Rafsanjani’s own political and economic survival depends on it, particularly as the Supreme Leader appeared to acquiesce with Mr. Ahmadinejad’s surprise attack.

On the regional level too, the Islamic Republic has dealt itself a major blow. Mr. Ahmadinejad’s standing has been compromised, as has that of the Mr. Khamenei, who has clearly failed to show impartiality in the affair.

The Islamic Republic’s winning card has been its claim to public support both inside and outside the country. But its constant flow of tears for the downtrodden Palestinians will remind many of crocodiles when it is so willing to shoot unarmed demonstrators among its own population.

Moreover, Mr. Ahmadinejad’s intransigent style and perceived Anti-Semitism is just what the doctor ordered for an isolated, extremist and increasingly desperate Israel.

The Islamic Regime’s influence among the public in Afghanistan, Lebanon and Iraq will suffer, as they have witnessed a previously respected and independent ally being so clearly unwilling to accommodate cries for greater freedom and openness at home. As the Americans and Israelis have found, a naked projection of power devoid of any moral standing does not go down well with the region’s population.

The region’s foremost democracy, Turkey, will have little incentive for being associated with the Islamic Regime’s new president-elect for the next four years at least. If anything, Turkey’s bid for regional leadership has been boosted by the Islamic Republic’s own goal in the game.

Iran’s plans for leading the drive toward enhanced regional economic cooperation and development, and her hitherto successful attempts at greater influence in Central Asia and among member states of the Gulf Cooperation Council would be hindered by internal friction.

In the eyes of the world

In the global arena too, Mr. Ahmadinejad is unlikely to experience the divine halo over himself at the UN General Assembly any longer. Thanks to Twitter, Facebook, You Tube and the Iranians’ love for the Internet, Mr. Khamenei will not any longer be able to boast about Iran’s popular Islamic Revolution without sounding overtly Orwellian, or, more pertinently, Shah-like. The distance between reality and the theocracy’s claims has grown significantly.

The Islamic Republic’s relations with democratic emerging powerhouses like India and Brazil have been jeopardized too, and Mr. Chavez’ unequivocal and rather rash support for Mr. Ahmadinejad only serves to isolate him more quickly.

In the current climate of global economic uncertainty and a general consensus for the need for solutions, Mr. Ahmadinejad’s presidency would lower Iran’s place on the list of invitees to important forums. This has already manifested itself in the case of the G8’s recent withdrawal of invitation to the Iranian Foreign Minister to discuss Afghanistan at last weekend’s meeting in Trieste.

In terms of nuclear negotiations, Mr. Ahmadinejad is a spent force. Though highly useful in this regard in the past against a belligerent Bush administration, his confrontational approach only weakens Iran’s stance at a time when the US has emerged as a willing partner for peace.

Along with the IAEA’s findings and recommendations together with known assessments by US intelligence services, most powers are already ready to live with Iran having nuclear technology so long as international bodies monitor this. This has also been Iran’s consistent position on the matter since the dispute began.

Therefore, Iran has no need for an antagonistic approach any longer, and the language of Mr. Ahmadinejad will only undermine the Islamic Regime’s position over the coming period. His continuing leadership will ironically bolster the position of those seeking stronger sanctions and economic isolation of the Islamic Regime.

As the rhetorical confrontation between Mr. Ahmadinejad and Mr. Obama continues to escalate, the Islamic Regime appears to have lost a valuable opportunity to grow in stature and even look like the ‘winner’ while at the same time ending decades of international isolation imposed by the West. Despite claims to the contrary, the Iranian economy is in desperate need of foreign investment.

It has also foregone the chance to lead the ‘Islamic world’ as a beacon of independence, tolerance and democracy in a new world order brought on by the global economic crisis. For now, Iran’s ship appears to be heading back toward more isolated and turbulent waters.

Nevertheless, the window of opportunity still remains open for Iran’s leaders to show maturity and foresight by adopting a softer, more conciliatory and less fearful approach. This was evident among the American public and elite in their latest elections. Iran’s leaders too need to recognize that times have changed.

Concessions to the opposition at this crucial juncture would elevate the leadership’s position and palatability both at home and abroad. Freedom of the press; removing repressive social and cultural restrictions, particularly on women; ceasing the jingoistic and self-defeating death chants against other countries; and disarming and disbanding the fascistic Basiji militias are among relatively simple and effective measures that could be taken.

The Islamic Republic needs to seize the moment to respond to Iranians and the wider world before it traps itself into becoming the Islamic Republic of the Revolutionary Guards of Iran – an isolated military dictatorship akin to North Korea or Myanmar.