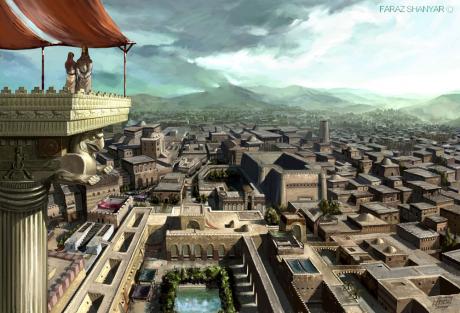 Okay, first let’s go over the basics. Alot of people through out the world (including some of my own) mistake westernization (Which pretty much refers to American “Culture”) with Modernization. This confusion leads to them becoming “Americanized”, because some people supposedly think that Americanization/westernization equals Modernization… When in reality, they couldn’t be more mistaken.

Americanization/Westernization equals culture, values (No matter how pathetic the values may be) and how a certian society (Mainly in America and some part of the west) runs as a whole… While Modernization is only refered to in Technological terms or advancement in technology, so you cannot call Westernization or Americanization as Modernization when these two meaning are nothing alike…. If Modernization equaled someone’s specific culture and way of modern daily, then wouldn’t that mean Modernization would equal Persification (Iranian/Persian culture), Since we are one of the people that have contributed emmensly to the world and the progress of humanity as a whole?

Also, keep in mind that why I say Westernization equals Americanization, is because western countries (especially in Europe) have their own culture, it is just that the stronger countries, which is the U.s, has more influence throughout the world (especially in Europe, South America, and Canada, which these continents are pretty much refered to as the west)… Even in western countries they are fighting against Americanization and bastardization of their people, identity and culture.

It destroys the countries and peoples class, culture, traditions, values and destroys a society as whole.

Btw, when I mention that Iranians should spread this message, I DON’T mean that most Iranians are Americanized or westernized, because most are simply not, but I’m talking about the one’s that are… it is the duty of every Iranian to help the one’s that are culturaly lost no matter how small of a percentage they are in the Iranian/Persian communtiy abroad or back home in Iran… If we don’t stop the spread of Americanization/Westernization then it will just become bigger and bigger… We must educate the simple-minded and stop these things at the source however we can in our own communities and in our own coutnry also.

So remember, Westernizing/Americanizing Iranians is as bad as Arabizing them, so keep your true persian culture and behaviour, because Modernization is different than westernization.

Just spread this simple message to any Iranian in need, again, no matter how small that number may be… IT’S YOUR DUTY!