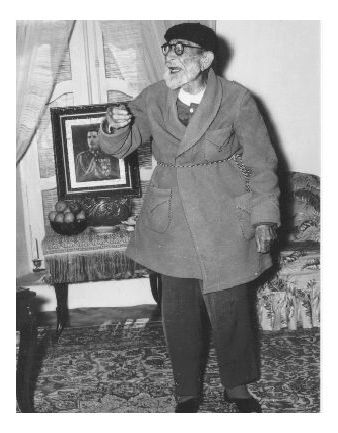 DK’s recent post on one of the failed assassination attempts on the Shah, made me review all the assassinations during that period. Although I had an appreciation of the chaotic nature of Iranian politics during Shah’s “Consitutional” period, I was still shocked by the number of attempts against politicians, ٍٍٍnewspaper editors etc.

The photo is of Mir Panj Mohammad Razmara protesting the release of his son’s assassin and seeking justice for his son, which went unheeded. The Fedayeen Islam assassin went free.