Why Demonstrations Are So Important 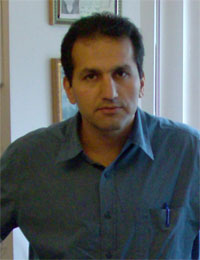 On July 25, 2009, people all over the world will be showing their support for Iranian protesters in numbers never before seen. In protests sponsored by United4Iran, more than 100 cities will be hosting demonstrations simultaneously, spreading a message of human rights throughout the world and sending a message to the Islamic Republic of Iran that we are watching. This is a day for us to show up for civil and human rights, to put our differences aside, and show our solidarity as supporters of the people of Iran.

When we first started demonstrating outside of Iran following the election results in Iran last month, one American friend asked me, “What exactly are you protesting?” From her perspective, she couldn’t imagine what an Iranian who was here in the U.S. would protest. I explained that we were coming out to show our support for the brave people of Iran who were risking so much to stand up to their government and question the elections.

But the truth is, demonstrations for Iranians go even deeper than that. With every disturbing, heart breaking image that comes out if Iran these last few weeks, we are left asking the eternal question, “What more can we do?” Our organizing, printing posters, writing slogans, and coming out in protest is our show of solidarity, yes, but it is also action. It is showing not only the protesters that we are behind them, but it is reminding the world that it isn’t over in Iran. It is away of bringing the media’s attention back to the human rights violations that are rampant in the Islamic Republic of Iran at present.

I remember in the days before 18 Tir as our secular student group had demonstrations that we reported to media outside of Iran, knowing that someone outside the borders of Iran knew about us made us that much stronger. In those days the Internet wasn’t as strong as it is today, and without Facebook, Twitter, and You Tube as tools, we relied on phone calls to radio stations in the U.S. People in Los Angeles knew my voice back then, as a student working to bring democracy to Iran. They heard the panic in our voices as the Islamic Regime stepped up their search for us following the protests of July 1999. They likely thought of us dead men, and they were almost right.

On the day of my capture following 18 Tir, I was on the phone with an LA radio station giving an interview at the moment the Islamic Republic secret police broke down the doors of the apartment where I was seeking refuge. Just as I hung up the phone I heard what sounded like twenty or thirty voices yelling in unison “Allahu Akbar Khamanei rahbar, marg bar zede valayat fagheh.” This was the battle cry meant specifically for us, and literally translated means “In the name of Allah, down with those who oppose the representative of Allah”—the representative referring to Khamanei. The rest is history.

But what I know is that in the months I spent in a cell awaiting the next interrogation, I had hope that those who had heard my voice in the weeks before, knew what was going on in Iran. They were thousands of miles away, but they were thinking of us, holding a thought that we would survive.

When I protest here, whether it’s in the streets of San Francisco, Los Angeles, or London, I know that somewhere, someone in jail is hoping we haven’t forgotten them. To them, I say, we cannot forget. Your sacrifices have been far too great, and your courage is the inspiration that makes us continue. For these reasons we put our differences aside, and we come out in “a global day of action.”