Unjust can not be for ever. 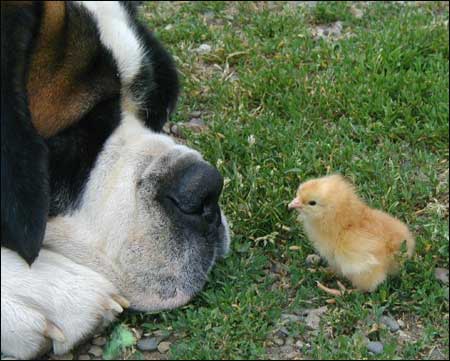 The unjust is governing the whole world.

Today I was reading an article in the newspapers. A man name Ali Safarian has owned a truck which was full of dollars and gold, but how much eighteen billions of dollars and gold. The truck was stopped by Turkish authorities in the boarder of Iran and Turkey. What do you think? Eighteen billions of dollars earned by a man only? That is the budget of the whole country. How a man can get so much money? Is there any control? In the country that people have not enough money to buy their own food and they are living on the top ocean of oil, how can so much money be owned by one person. What did he do to get so much money?

The administration and just system does not function. The most people are indifferent or cruel. The greedy people who have also enough money and have all possibilities, collect the whole money and the other people left behind.

You can say there is no just, only if you have money you can get part of your just; if you do not have you will lose everything you have. I worked almost 30 years as a college teacher and translator, I had a very good salary and I worked in different countries. In Germany, Iran, USA and other countries. The Orange County told me if I buy properties on the county, they will give me permission to have a boarding and language school. As I know different languages and I can teach eight languages. I bought the houses for the boarding; each house was three to five acres land and with a lot of rooms for living and classes. I paid all necessary costs and I started my own school in Orlando. I spent all my saving and all my work and energy in this school. It has cages for keeping animals, it had pond for canoeing and fishing and even growing different fishes. It has volley ball and basket ball courts, and table tennis area. The land has irrigation and over thousand citrus trees and other trees, the students did generate their vegetables, eggs, milk and meat and also grow watermelons and other vegetable and the whole land has also lights and the students could go anywhere in the nights also. As a teacher I was happy to have a cheap nice place for the students, who can live, work and study here. In the land there was a lot of activities and two times in the week the people gather mostly students and they had Bible study or church; which a pastor in a simple English explain the Christianity for them. Each student paid between $350 to

$ 700 for rent and everything was included; cable TV, internet, electric, and water and swimming pool materials. About three years passed like this, until the Orange County told me they did mistake and they cancelled my occupational license. I spent more than $800,000.00 for having such a nice school, but by their mistake I lost all the money. They told me I can rent the house to the regular people. Three times I rented the house to regular people, but these people took the materials, did not pay the rent regularly, did not pay the utilities and destroyed the building and garden. The insurance company which is Liberty Mutual collects for many years the money for insurance, but in the time that I need money for help they did not pay. The people did not pay the rent and as they were American, they told me go to the court. I went to the court and wrote a lot of papers and paid money for the court system. As the people know that I went to the court, they start to destroy the house and damage the materials in the house. The court is generous and slow so they gave time to them that they do what ever they wanted. They did not pay the utilities and as the utilities was cut , the court told me I had to pay the utilities as I did not have money to pay the utilities, the court told them they can stay in my house free for three months.

In the time that the police came to force them out of the house, they already took my furniture, including water heaters, washer and dryers, TV, carpets, refrigerators and other materials. They locked the doors, so I could not go inside the house. The policewoman, who came to force them out, was very upset and said so the house next time will be for closed as they destroyed the house. The police came and made a report, but they do not go after the people who stole my materials. It is fine for them. They are indifferent and do not help the people. A company came and said they will help me. Ground Conference was the name of that company. After a lot of speaking and showing and discussing, and promising; they wanted thousand dollars to start the work. I gave the money and they did not do anything. The cheating is allowed in USA. Now the government dabbled the taxes and interest rat is higher also. They want to for close the building and sell it cheaper and all my down payment and work is gone. All my saving for 30 years will be sold cheap to a person or a company who has cash money. I am robbed from many sides. No body care. Attorneys will a lot of money in front to go after my case. After 30 years work as a college teacher, university teacher, high school teacher and translator consultant. I have no penny left. The people robbed me and the whole system in USA is useless. I worked 30 years and have no money and the man has 18 billion dollars just in one truck; he has may be other money in the banks also. So as you see some people have billions of dollars, and some people must lose even few thousand dollars that they had and give it to the rich people. Do you think that is Just?