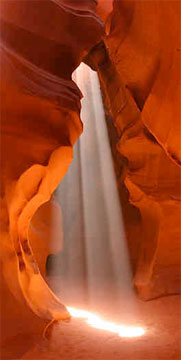 Throughout the history of humankind no phenomenon has been more enduring, appealing, alluring, misrepresented, and misused than religion. Archeological discoveries show that religion, albeit in its primitive form, has been with us even prior to recorded history. Religion has continued to exist despite flourishing scientific discoveries and the increasing popularity of secular governments around the globe. However, its mystical power has diminished in recent centuries as the mysteries of the universe have been unlocked one after another by science. Nonetheless, there is no way that we can divest ourselves of something that has dominated every aspect of our lives for thousands of years, and doing so is neither feasible nor desirable. Religion has remained, and will continue to remain, a sanctuary of hope for the masses, especially the poor and marginalized, because of its opposition to oppressive power structures and the promises it makes.

Religions are like differentiated products. While they are basically meant to accomplish the same thing for believers (i.e., eternal salvation), the many varieties of religions reflect our cultural diversity. People usually do not choose a religion for themselves. They become associated with a particular religion because of family, friends, and/or the environmental circumstance under which they are raised. Religion is instilled, passed on to a person, and is nurtured by cultural settings. Human spirituality, which is the seed of religiosity, is genetic. This is the main theme of a popular though controversial book by Dean Hamer, a prominent microbiologist/researcher in the U. S., entitled The God Gene: How Faith is Hardwired into our Genes.

Dr. Hamer tackles an important, albeit contentious topic, and tries to investigate “whether or not there is a biological basis for spirituality” and religious belief. His main goal is to establish that there is indeed a particular gene that is linked to spirituality which, among other things, draws us into religion as the outward manifestation of spirituality. His working hypothesis: “We (human beings) have a genetic predisposition for spiritual belief that is expressed in response to, and shaped by, personal experience and cultural environments.” In other words, the instinctual tendency is there, however, the expression of spirituality (religion) is mainly influenced by environmental and cultural factors. Because spirituality is not objective and thus cannot be quantified easily, Dr. Hamer resorts to an elaborate survey scheme to measure what he calls “self transcendence” as a proxy for spirituality. If spirituality is indeed hereditary, what is the extent of its heritability? He presents and discusses the results of many previous scholarly studies on this subject. His aspiration is to discover what gene is responsible for spirituality and hence religious devotion and how spirituality manifests itself in the human brain. His theory can be summarized as follows: there exists a particular gene, a God gene, and it is the stimulation of this gene that can alter chemicals in the human brain which in turn alter the extent of consciousness and hence spirituality.

Hamer rightfully emphasizes throughout the book that spirituality is not the same as religion. “Religion, unlike spirituality, is transmitted primarily not by genes but by memes: self-replicating units of cultures, ideas that are passed on from one individual to another through writing, speech, ritual, and imitation.” He also makes it clear from the beginning that he is not trying to prove or disprove the existence of God which is beyond the realm of science. However, he states that the question of why we believe in God can be addressed by science. Likewise, the issue of whether one’s beliefs are right or wrong is normative and hence cannot be validated or rejected via scientific research. Basically, your beliefs are yours and yours alone. Science can only examine the issue of how such spiritual feelings are formed and proliferated. “This book is about whether a God gene exists, not about whether there is God.” Science can tell us whether our genetic make-up leads us to God, but cannot tell us whether God exits.

According to the author, while spirituality is mainly the product of our genetic make-up, religion is the product of environmental and cultural factors. A comprehensive research conducted by microbiologists on twins separated at birth seems to confirm that “genes were responsible for roughly half of the variation in religiousness from one twin to the next. In other words, the study seemed to suggest that at least part of the reason people believe that religion can help to answer life’s questions is their DNA.”

Since the twins (the subjects of the investigational study conducted by biologists prior to Hamer’s study) were separated at birth and lived in different households with different environments, the nearly 50% similarity in their religious beliefs proved the influence of their DNA on their religious beliefs. “Something in their genes helped to push them toward religion” says Dr. Hamer. Further study revealed that the self-transcendence scores (a measure of spirituality) for identical twins were very similar owning to the resemblance of their DNA proving that spirituality does not depend totally on external factors but rather is based on the genetic makeup of the individual. “Contrary to what many people might believe, children do not learn to be spiritual from their parents, teachers, priests, imams, ministers, or rabbis, nor from their culture or society. Spirituality comes from within. The kernel must be there from the start. It must be part of their gene.” This is the persistent theme of this book.

If Dr. Hamer’s theory is valid, it puts forward the proposition that the kernel of spirituality is innate but its manifestation is not. It is different in different societies. Christians go to churches; Jews attend synagogues; Muslims go to Mosques. People may adhere to the same religion but not have the same level of spirituality. An Ayatollah may be a devout Muslim but be low on the spirituality scale. Conversely, a non-religious person may be very spiritual. According to his study, women, for example, score higher on spirituality regardless of the extent of their religious beliefs. Many Muslims attend mosques every day, pray, and fulfill religious requirements faithfully; however, they may exhibit an absence of spirituality as demonstrated by their lack of tolerance, selfishness, narrow-mindedness, rejection of universal salvation, lack of a sense of belonging, etc. On the other hand, spiritual people may not be religious. Religiosity and spirituality are basically different and originate from distinctly different sources.

The central point of Dr. Hamer’s study is that a person cannot become spiritual if the predisposition is not there. He argues that “Of 35,000 genes present in the human genome, we know the function of only about one-third of them,” and so chances are that one of the genes whose function is yet to be explored might be responsible for spirituality. He has undertaken the adventurous task of identifying that gene by conducting extensive painstaking research. His goal is to identify which gene can be considered as the candidate for shaping the self transcendence, a measure of spirituality. After meticulous research and a few trials, he thought he “hit pay dirt.” He claims that his research confirms a significant correlation between a particular type of gene, VMAT2, and spirituality and that this gene is the one that determines whether or not a person will turn out to be spiritual. It “affects every facet of self-transcendence, from loving nature to loving God, from feeling at one with the universe to being willing to sacrifice for its improvement.” “While this gene might not make one a saint, a prophet, or a seer, it was enough to tip the spiritual scales and predispose one toward spirituality.” He argues that only one gene is the key source of human spirituality and not the non-biological factors. He also cautioned that spirituality is too complex to be explained entirely by a single gene and concludes that about “40 to 50 percent of self-transcendence is inheritable.

Spirituality can be enhanced through meditation, drugs [such as psilocybin], and episode of revelation. Such occurrences can change the states of consciousness and their relationship to spirituality. According to the author, people under these influences exhibited immense changes in mood, behaviors, sense of reality, paradoxicality, ineffability, transiency, etc. so intense that often they felt that their hallucinatory experiences were real. The spiritual personal encounters, such as revelation, are highly individualistic and universal and are not related to any particular religion. These encounters separate spirituality from religion; they also lend support to the idea that spirituality is connected to a state of consciousness (awareness of our surroundings and ourselves). “Episodes of altered consciousness are by no means limited to people taking drugs, of course. Virtually every great religious figure has reported one sort of mystical experience or another [revelation].”

Modern technologies combined with spirituality-enhancing drugs have allowed biologists to alter the brain’s chemistry and to influence the focusing power of a sample of individual meditators. They have tried successfully to reorient the brain’s activity thus enabling the subjects to come into contact with “heightened spirituality and mystical experiences,” by shifting the balance between primary and secondary consciousness, the sole property of human beings. Hamer uses an analogy. “It was like simultaneously turning on all the air conditioning in the house; the flow of power to other appliances will decrease,” thereby losing the usual sense of self. The author argues that when Muslims go to Mecca or Jews face the Western Wall their brains may go through a similar transformation temporarily. Understandably, not every ordinary person is able to attain the transformation that is a necessary step for keen spirituality. For instance, masses of people in Iran have performed the rituals of Haj, but many of them remain unspiritual, albeit highly religious. There is a worldly impetus behind religiosity that does not apply to spirituality.

Dr. Hamer explains that ordinary people occasionally encounter an experience that cause them the “loss of normal self identity,” or separation from one’s own self, and feeling a sense of unity with the world. The natural tendency is there in the brain but it takes a gentle push to activate it. That gentle push may come from: relaxing rhythmic music, rhythmic movement of the body – dancing, experiencing a dreadful phenomenon like the death of a close friend or relative, seclusion and isolation from the outside world in holy places. Such nudges (emotional spanking if you will) are needed to activate the brain and shift the balance of our consciousness from a primary to a higher level.

Dr. Hamer also discusses the temporal lobe epilepsy as a psychological disorder from which many people suffer – 2.5 million in the U. S. alone. An individual who suffers from such a disorder experiences hallucinatory seizures, or becomes excessively dreamy, or obsessive. The author states that “there is anecdotal evidence to suggest that each of them [highly religious leaders] had temporal lobe epilepsy.” People who suffer from this disorder become zealots who may devote their entire lives to religion. The author mentions the example of Saint Paul who converted to Christianity in about 33 AD. His conversion occurred while he was on the road to Damascus and was triggered by a psychological experience – a vision of the resurrected Jesus, a revelation – after which it was said he was temporarily blinded. Paul’s influence on Christian thinking has been perhaps more significant than that of any other New Testament author.

Might experiences such as St. Paul’s be God’s own way of creating God gene triggers for exceptional individuals who can then guide others to the straight path of religion?