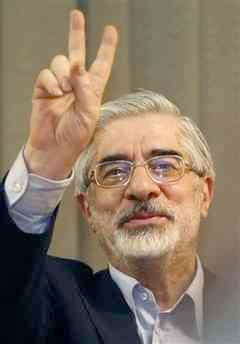 The title of this short article is somewhat misleading since prediction regarding anything Iranian is a hazardous task and is often refuted by the following events. The reason is that Iran is, as I have described it, a short-term society, a society which lacks continuity both at the individual and social level. I once wrote that up to a century ago, when an Iranian man left home in the morning he would not know whether, by the evening, he would be made a minister or be hung, drawn and quartered. I also wrote, on another occasion, that an Iranian may be a merchant this year, a minister next year, and a prisoner the year after. Obviously these are exaggerations, but they are close to the Iranian experience throughout its long history; a history which, though very long, consists of connected short terms. Ask an average Iranian what he would be doing in six month’s time and you would normally receive the reply ‘In six months’ time who is dead and who is alive’.

In the 1970s many if not most Western journalists, analysts and academics used to describe Iran as ‘an island of stability in the Middle East’, a Western economist even went as far as predicting Iranian gdp, rate of growth, etc., in the year 2000. In the late 70s the entire Iranian society rose against the state and overthrew it. Since then, there have been countless predictions about political developments in Iran almost all of which have turned out to be off the mark. In 1997, a totally unexpected landslide electoral victory swept the Islamic reformists into power. Many believed that that was ‘the beginning of the end’ for the Islamist regime. Eight years later, a fundamentalist was elected president, and although there were some complaints about electoral irregularities, hardly anyone denied that he had had a large share of the votes.

Let us begin with a brief account of the background to the present situation. In 1979 all shades of opinion combined to bring down the Pahlavi state. No social class and no political party stood against the revolutionary movement, and 98 percent of the people voted for the establishment of an Islamic republic. But almost at the same time fundamental differences began to emerge among the revolutionary forces such that by 1982 all but the Islamists had been eliminated from politics. There were conservative and radical tendencies among the Islamists themselves but their differences rarely came to the surface in the 80s, partly because of the necessities of the long war with Iraq, but mainly perhaps because of the unifying role of Ayatollah Khomeini who acted as the regime’s supreme arbiter.

The end of the war in 1988 and Khomeini’s death in the following year began a new era in the politics of the Islamic Republic. At first the union of the conservative Ali Khamenei as supreme leader and the pragmatist Ali Akbar Rafsanjani as president seemed to work fairly well but, especially in Rafsanjani’s second term of office (1993-1997), the conservatives began to show dissatisfaction with his policies. Apart from the conservatives, however, two other distinct factions had emerged in the 90s: the fundamentalists and the reformists. The fundamentalists – mainly representing the traditional lower and lower middle classes – tended to emphasise the Islamist nature of the regime, advocated an anti-Western foreign policy, and championed the cause of ‘the downtrodden’: ‘death to the capitalist’ was a favourite slogan in their street demonstrations. The reformists, on the other hand, displaying an Islamic social-democratic outlook, believed in a more open society and (later) better regional and international relations. The conservatives were closer to the fundamentalists on their religious and foreign policy views; the ‘liberal’ pragmatists were more in line with the reformists on both domestic and foreign policy issues, although in more moderate and accommodating terms.

Contrary to all predictions, the 1997 presidential election resulted not in a conservative but a reformist-pragmatist victory. Women and young people certainly played an important role in the reformist campaign but the landslide victory reflected the aspirations of most of the voters – both religious and secular – for change. Yet it was not, and could not be, an Iranian ‘Thermidor’, as some of the more historically conscious Western commentators rushed to describe it, if only because the supreme leader, the Revolutionary Guard, the ultimate legislative authority (Council of Guardians), the judiciary, and considerable business and property interests were on the side of conservatives. Khatami won another landslide victory in 2001, but while he brought about significant changes in domestic and foreign policy, he had few friends left in the last two years of his presidency, since the conservatives and fundamentalists used all in their power to limit his options, while at the same time most of his constituents accused him of lack of faith for not delivering the moon. During an address in November 2004 to a meeting at the University of Tehran, Khatami was booed and heckled, some students shouting ‘ Khatami, you liar, shame on you’. Yet, if only to prove the short-term nature of Iranian society, when he went there again in 2007 – the second year of Ahamdinejad’s presidency – the crowd were shouting ‘Here comes the people’s saviour’.

Ahmadinejad was a fundamentalist and the candidate of a fundamentalist-conservative coalition, and his election once again caught many of the Iran observers in the wings.  Posing as a man of the people and promising increased welfare for the lower strata of the community, he won most of their votes while at the same time attracting the support of powerful conservatives who wanted to be rid of the reformists at all costs. That is why while the conservatives generally applauded his reversal of the reformist trends in domestic and foreign politics, they not infrequently displayed their displeasure at his economic policies, his millenarian views, his abrasive personality and his overtly self-confident behaviour. In 2009 a leader of a solid conservative group – the Islamic Coalition Party – made this clear when he said that, despite serious reservations, they would back Ahmadinejad’s nomination for a second term solely in order to stop a reformist victory.

Four years of Ahmadinejad’s domestic and foreign policies taught the reformists and the secularists a hard lesson. They stopped saying that Khatami had ‘done nothing’ and became nostalgic about his time as president. The majority of reformists and secularists wanted Khatami to stand. Yet by February 2009 they did not have a candidate for the June election. Under great pressure, Khatami first came forward but then stepped down in favour of Mir Hossein Mousavi, a radical prime minister of the 1980s. Backed by the pragmatist faction as well, Mousavi’s campaign started late through a very slow process and –as further proof for the short-term nature of the society – it was only about three weeks before the election day that it began to take off the ground. And even as late as that, no-one could have predicted anything remotely close to the imminently unfolding events.

The electoral dispute that followed is now well-known history and need not be recounted in this brief. It was however a major turning point in the history of the Islamic Republic as it had not experienced anything like it since the power struggles of the early eighties. The factional struggles during the Khatami years were at most a crisis of authority. But now there was a crisis of legitimacy as well, since the Islamic regime had split down the middle, each side claiming legitimacy and –at least implicitly- denying legitimacy to the other side. This was the first time that the reformist-pragmatist coalition had drawn very large crowds made up of both their own supporters and secularist people to the streets, so that the movement could no longer be regarded as that of the Islamic reformist-pragmatist factions, but a wider one, also representing the secularists who had accepted the leadership of the reformists.  On the other hand, the supreme leader’s unequivocal backing for the declared election results as well as Ahmadinejad himself changed his usual posture as an arbiter of factional disputes to one that was identified with the fundamentalist faction, and in effect dragged him into factional politics.

At the political-cum-ideological level the reformist leaders stressed the representative and republican features of the system, whereas the fundamentalists put the emphasis on the authority of the supreme leader as representative of the Hidden Imam’s, and thereby God’s, authority. This brought to surface the unresolved dichotomy between the ‘republican’ and the ‘Islamic’ features of the constitution. Thus, the reformists accused the fundamentalist-conservative factions of a ‘coup’ against the republic, while the latter launched a systematic campaign to describe Mousavi and his supporters as pawns – if not puppets – in a Western conspiracy to bring about a ‘velvet revolution’ in Iran, comparing the events with those in Ukraine and Georgia which had led to the establishment of pro-Western government in those countries.

Warnings about ‘velvet revolutions’ dated back to a couple of years before. And the belief in conspiracy theories is a major characteristic of Iranian politics and society, almost regardless of political affiliation. Western media generally supported the protest movement, but however that may be, there is no evidence –notwithstanding the current show trial confessions and recantations which would not stand up in a proper court of law – that the movement had been organised or owed its existence to foreign conspiracies.

‘The politics of elimination’, as I have termed it, is also a long-standing feature of Iranian politics. Clearly the protestors are in no position to eliminate their rivals from politics even if they so wished. On the other hand, and by the very nature of their ideology, the fundamentalists would not shy away from the political elimination of their opponents if they can. What stands in their way is both the support of quite a few senior ayatollahs for the reformists and the fact that a considerable body of relatively moderate conservatives would not wish to go that far. Hence the present contradictory situation when a considerable number of leading reformists are on show trial, while Mousavi and Khatami are still at large and active, and many senior conservatives have cast doubt on the validity of the charges and trials. Forecasts which promise the imminent fall of the Islamic regime, or ‘the beginning of the end’ for it, are premature and often based on optimistic sentiments even when they come from otherwise serious analysts. There is at present no major external threat to the regime, and as for the domestic forces, the ruling parties have under their command the armed, police and intelligence forces, the economy, the parliament and the judiciary, not to mention the fact that they too have a base in society.

However, I would return to the point that I made at the opening of this piece that things can always happen to Iran and Iranians which are beyond rational expectations. It is not for nothing that Iranians themselves call it ‘the country of possibilities’.

This paper will be published in forthcoming issue of Oxford Forum, (October 2009).

AUTHOR
Currently based at the University of Oxford, Katouzian is a member of the Faculty of Oriental Studies and the Iran Heritage Research Fellow at St. Antony’s College, where he edits the quarterly journal Iranian Studies. He is also a member of the Editorial Board of the Comparative Studies of South Asia, Africa and the Middle East.