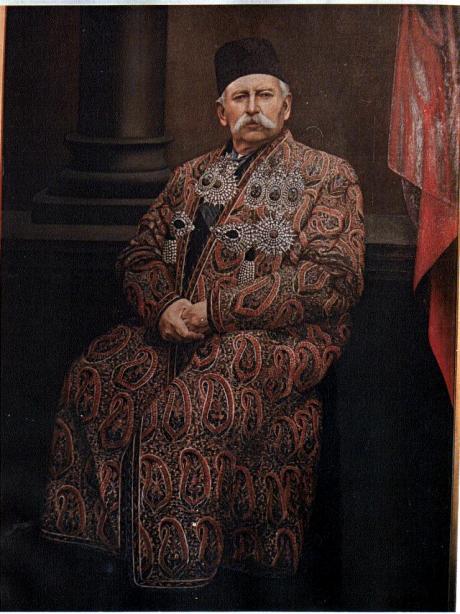 Gholam Hossein Khan Sahab Ekhtiar (1859 – 1949)
Born in (1276) 1859 AD. Was Minister (Secretary) of the Imperial Court and Minister of Justice during Mozafaredin Shah’s rule. During Mohamad Ali Shah of the Qajar Dynasty. Was the Governor of Fars, Kerman and Tehran provinces. In Mostofi-Ol-Mamalek’s cabinet he was the Minister (Secretary) of War. Appointed as Ahmad Shah’s private secretary and general director of his office. Died Tehran 1949. He sided with the constitutionalists in the consitutional revolution of 1906.