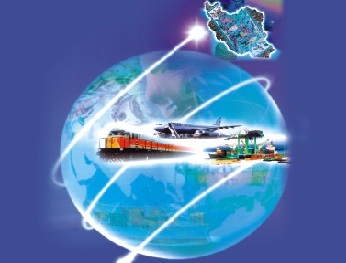 On August 13, President Barack Obama announced that his administration was reviewing the U.S. export control system to determine what reforms were needed to bring the regime up to date. Although the United States has stepped up its enforcement efforts in this area over the past several years — particularly in terms of illegal exports of goods and services to Iran — the system remains in need of further improvement. Strengthening the export control regime to prevent Iran from easily circumventing U.S. and international sanctions should be a key part of this important review.

Stepped Up Efforts
The United States began increasing its enforcement efforts in the export control arena in 2007, with the launch of the National Export Enforcement Initiative — a joint effort of the Departments of Justice, Commerce, Homeland Security (DHS), State, Treasury, and the FBI. As a first step, the Justice Department created a national export control coordinator position in Washington to help manage nationwide efforts, and formed approximately fifteen counterproliferation task forces at the local offices of U.S. attorneys around the country to improve information sharing with participating investigative agencies.

In September 2008, the Treasury Department’s Office of Foreign Assets Control (OFAC) released new enforcement guidelines, clarifying how it will determine penalties for violations of U.S. sanctions. In addition to the guideline changes, OFAC has also become more aggressive on the investigative front since the hiring of former prosecutors and investigators to lead the office’s enforcement efforts. Now, instead of relying primarily on voluntary disclosures from companies that believe they have violated U.S. sanctions laws, OFAC is conducting more proactive, formal investigations.

These bureaucratic changes were complemented by an expansion in the U.S. government’s legal authority, courtesy of the October 2007 International Economic Powers Enhancement Act, which dramatically increased the potential penalties for sanctions violations.

U.S. Efforts Paying Off
According to the Justice Department, in fiscal year 2008, the number of criminal export control cases rose to 145 — with Iran clearly the top enforcement priority, accounting for more than 20 cases — up from 110 the year before. Companies and individuals were prosecuted for sending a wide range of sensitive technology to Iran, including missile guidance systems, military aircraft parts, and components for improvised explosive devices.

This enforcement trend has continued into 2009. Shipping giant DHL, after acknowledging the illegal transfer of goods to Iran, Syria, and Sudan, paid a $9.4 million fine earlier this month to the U.S. government. This development was particularly significant since it signals not only that Treasury is broadening its focus beyond financial institutions, but also that Commerce — which has a major role in oversight of freight forwarders such as DHL — is becoming more engaged.

On the banking front, beginning in November 2009, a technical change will require banks to disclose more information about the underlying parties in cover-payment transactions to other banks, making it harder to hide who is involved in specific transactions. This follows a series of regulatory amendments that have made it increasingly difficult for Iranian entities to gain access to U.S. dollars and the U.S. financial system. The $350 million fine against Lloyds TSB bank in January — for stripping Iran-related information from transactions going through the U.S. system — has also put banks on edge about any Iran-related business. In fact, companies at this point are already having problems finding banks to finance even licensed, legitimate Iran business, such as agricultural trade permitted under the 2000 Trade Sanctions Reform and Export Enforcement Act.

Increased cooperation from the United Arab Emirates (UAE), which has long served as a major reexport hub for products ultimately destined for Iran, has also helped U.S. efforts to crack down on illegal trade to Iran. Since the UAE passed its first national security export control law in 2007 with considerable U.S. support, Iranian businessmen are finding it harder to get visas and licenses to operate in Dubai, and more difficult to find banks to handle their transactions. The UAE is also providing assistance to the United States, such as allowing U.S. officials to conduct interviews in the UAE, in criminal investigations of export control violations. Furthermore, the UAE has announced plans to more closely regulate Dubai Creek, a main thoroughfare for goods sent to Iran.

Where It Is Falling Short
Despite these improvements, the U.S. and international export control regime remains limited in its effectiveness. One of the major problems is that few other countries take this issue as seriously as the United States. Most countries, including some of Iran’s major trading partners, do not devote significant resources to investigating or prosecuting export control violations. In Germany, for example, a public prosecutor has stated that his country has only uncovered “the tip of the iceberg” of the black market activity involving Iran’s nuclear program. In fact, media reports suggest that certain goods leaving Germany are bound for Iran’s defense industrial complex, with little inspection at the border. In addition, many of the designated Iranian shipping vessels are owned by German front companies. Other examples abound: Italy and the United Kingdom have only small investigative staffs handling export control issues, while Canada has prosecuted only a handful of export control cases. And unfortunately, the European Union is not in a position to oversee the shortcomings of its member states in this area.

Iran also has been able to circumvent the various sanctions regimes by using third-party countries as reexport hubs. Since the UAE has started to crack down on this type of trade, new countries have emerged as safe havens, with Malaysia at the top of the list. Malaysia and Iran have taken steps recently to build closer ties on many fronts including trade, and in December 2008, Malaysian prime minister Abdullah Ahmad Badawi traveled to Tehran, culminating in agreements to further cooperation in technology and automotive manufacturing. While in Iran, Badawi called on the Malaysia-Iran Joint Trade Committee to bolster both the volume and breadth of trade between the two countries.

Hong Kong is also becoming more of a problem in this area, with Iranian front companies and procurement agents setting up shop there. Hong Kong is an attractive reexport location for Iran in part because of the 1992 U.S.-Hong Kong Policy Act, which dictates that Hong Kong be treated differently than the rest of China when it comes to export control issues. As a result, most items that can be shipped to the UK can also be sent to Hong Kong, despite the fact that many of these goods could not be shipped to mainland China. The Chinese government has also been stepping in to protect Iranians targeted by U.S. enforcement efforts. Hong Kong, for example, arrested Iranian procurement agent Yousef Boushvark in 2007 at America’s request for attempting to acquire F-14 fighter plane parts, but Chinese authorities denied a subsequent U.S. extradition request, and Boushvark was then released from custody.

Although the main challenge for U.S. export control efforts is on the international front, problems closer to home exist as well:

* Despite the presence of a national export control coordinator, no agency is officially in charge of U.S. government export control efforts, with responsibility spread between State, Justice, Treasury, Commerce, and DHS;

* The main statute governing this issue — the Export Administration Act (EAA) — has expired, forcing the United States to temporarily operate under the International Emergency Economic Powers Act, which does not allow for the full set of tools that the EAA provided;

* Sentences in export control cases are often light, in part because judges do not always view them as serious national security issues. Adding to this prevalent perception is the fact that export control offenses are not in Title 18 of the U.S. Code, where the vast majority of crimes are found.

Conclusion
Iran’s aggressive search for U.S. technology, particularly for its military programs, is quite evident from the number of U.S. export control prosecutions over the past several years. Stopping Iran’s illicit activity is a significantly different challenge from the one the United States faced with the Soviet Union during the Cold War. Iran is often not in need of the most modern, cutting-edge technology — which is often the focus of the export control regimes — but frequently seeks dated technology that is easier to procure. Success in the arena depends on better understanding how Iran is procuring illegal goods — with its various front companies and agents around the world — and mobilizing other countries to move forward on this front. As the Obama administration begins a review of the U.S. export control system, determining how to more effectively crack down on Iran’s illicit trade should be a top priority.

AUTHOR
Michael Jacobson, a senior fellow in The Washington Institute’s Stein Program on Counterterrorism and Intelligence, is a former senior advisor in the Treasury Department’s Office of Terrorism and Financial Intelligence.