Is this your concept of “humanity”? 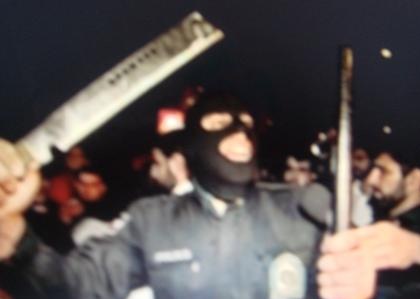 Years ago a group of South Korean students met an American official and asked him, “why did the US fought for so long side by side with the South Korean army against North Korea at the cost of so many young American lives.

The American official invited the students to go on a night flight with him in order to answer their question with a demonstration. He told the pilot to fly the plane right on the border between the South and North Korea. He then asked the students, “to your right is South Korea and to you left is North Korea, do you see any difference between the two lands”?

The students looked and said, “The land on the left is almost totally dark with flickers of light few and far in between. But the land on the right is glowing with lots and lots of flickering lights”. The official said, “That’s why so many young Americans gave their life so your country would be a free country shining among the free nations of the world”.

Every time there has been a famine in any corner of the world, United State has come to the rescue. Even in Somalia where many American lives were lost. Years ago a group of American economical advisers led by William Shuster were sent to Iran to help enhance the countries economical conditions. After a short time there was a joint communiqué from Soviet Union and England to the Iranian government stating that, “Iranian government has no right to invite foreign advisors without the consent of those two countries”. Why? Because with American on its side Iran was on its way to prosperity and a harmonious relationship with America and Soviet Union and England did not want that to happen.

After the Second World War, the Soviet Union sent troops to capture Azerbaijan which is a huge region in north of Iran. The prim minster of Iran (Ghavam Saltaneh) referred the matter to the president of United States. The president sent an ultimatum to Stalin, “If you don’t pull your troops out of Azerbaijan, US will declare war on Soviet Union”. Stalin pulled his army out of that region.

When Soviet tanks rolled into Czechoslovakia, There was a huge uproar in the US and the media against the Soviet Union to immediately cease and decease. When the “solidarity” movement in Poland started and led with Lech Wellanza the American public and the media immediately expressed their solidarity in defense of the Polish people.

President Ronald Reagan traveled to Germany and stood by the Berlin Wall and shouted in the microphone, “Mr. Gorbachev, tear down this wall”. For many years American people and the media protested against “Apartheid” in South Africa and demanded the release of Nelson Mandela from incarceration and they kept-on until Mandel was released and “Apartheid” was abolished. I could go on and on with examples of America standing up for freedom and defending the freedom movements around the world.

So Mr. Obama, what has happened to the human rights that America has always stood for? Thousands upon thousands of Iranians residing in this country voted for you with the impression that you are a champion of human rights, freedom, and just causes because you yourself have had first-hand experience in discrimination and suppression.

Just a few weeks ago you declared Islamic Republics a danger to the world. You are an ardent advocate against terrorism yet clandestine terrorism against the freedom movement in Iran is in full force by the regime and totally ignored by you. You say you are kept abreast and keeping track of what is going on in Iran yet you have kept a tight lips against the inhuman atrocities that are committed daily by the ruthless regime in Iran.

Is this your concept of “humanity”? As the leader of the free world, doesn’t your conscience dictate standing up to subjugation? Isn’t that what George Washington and Abraham Lincoln Stood for? Thousand upon thousands of American have fought and died defending freedom around the globe yet the current massacre in Iran is being ignored for political reasons. Shame on those who claim to be the defenders of human rights and freedom and when the time comes, they are nowhere to be seen or heard of.

Mr. Obama, it is obvious that you are not interested in democracy in Middle East to establish freedom, peace, and prosperity and an amicable partnership with US.