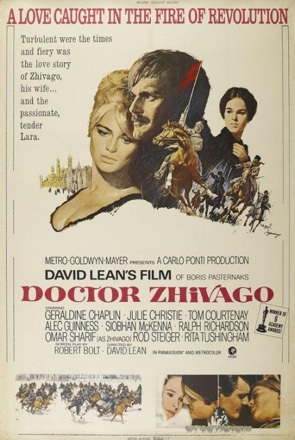 A Russian epic, the movie traces the life of surgeon-poet Yury Zhivago (Omar Sharif)  before and during the Russian Revolution. Married to an upper-class girl ( Geraldine Chaplin) who is devoted to him, yet in love with an unfortunate woman (Julie Christie) who becomes his muse, Zhivago is torn between fidelity and passion. Sympathetic with the revolution but shaken by the wars and purges, he struggles to retain his individualism as a humanist amid the spirit of collectivism.