How to Watch “Tehran has No More Pomegranates” 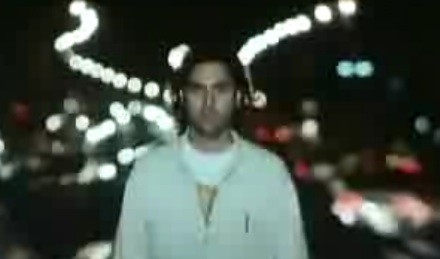 Reflecting on cities is as old as civilization itself.  It all started with mythmaking 78 centuries ago as Sumerians speculated about the origins of Ur, Uruk, Kish and Lagash. They believed that their cities were built by Gods.  One would think that if anyone knew who built those ziggurats and magnificent walls, they did.  Archaic Greeks too insisted that the massive boulders of Mycenae were moved by the giant Cyclops.  Masud Bakhshi also starts his tribute to Tehran with the myth that it was founded by a bandit tribe that lived underground and grew excellent pomegranates.

Tehran is strange in many ways.  Take its location.  This is a landlocked capital in a country that has access to open seas through the Persian Gulf and borders the Caspian which is the biggest lake in the world.  Five centuries ago, a eunuch king who founded the Quajar dynasty and had a reputation for efficiency as well as cruelty, chose Tehran as his capital.  Was it closeness to his Russian enemies or the fact that it was equidistant from the summer and winter abodes of the Qajar migration that induced Agha Mohammad Khan to pick it over other world famous contenders: Shiraz, Isfahan, Ghazvin and Tabriz?  We don’t know.  And hence, as in the case of the etymology of Tehran and its historical origins, we are left with academic speculations.  But Bakhshi is an artist not an academic.  Like Mohsen Najmu, the contemporary Iranian musician whose music is played over the closing credits of this movie, Bakhshi is a member of Iran’s generation X who prefer irony and dark humor to academic discourse and political dissertations.

Bakhshi observes that Tehran grew organically along traditional lines, around Persian gardens, orchards, and royal palaces.  This growth, however went against the rapid economic decline and international humiliation of Iran under the Qajars.  The Qajar period highlighted various hurried attempts to modernize the city and the country.  Ambitious strides in this direction were made by Amir Kabir, the reformist hero of the early Naseradin Shah period.

This reformer prime minister’s program was remarkably similar to that of his Japanese Majji contemporary elites who reigned after the demise of Tokogava Shoguns and were supported by a reformer emperor who ruled from 1868 to 1912.  Both the Iranian and Japanese elites of the late 19th century wished to establish a government that was based on a centralized bureaucracy, modern transportation and communication systems.  Both were keen to establish Universal and higher education in order to achieve these goals.  They desired a modern industrial sector supporting a powerful military that would reverse the humiliations that had been visited upon them by Western powers.

Japan’s project of modernization from above was a success.  Iran’s was a failure.  The contemporary analogue to this is the success of transition from totalitarianism to democracy and from socialism to capitalism in China; a success than has not been replicated in the rest of the third world.  There are civilizational differences at work of course.  But it is also true that there were differences in leadership.  The Japanese emperor who supported the Majji elites was steadfast.  But the Iranian Naseredin Shah allowed petty jealousies and palace intrigues of corrupt functionaries to scuttle the modernization plans of his reformist prime minister.  The fate of Iran’s Majji movement was strangulation at the hands of His Majesty’s henchmen.

The ideal of modernization survived in Iran but only as a pipe dream.  Not even the Shah gave up on it.  In later years his majesty had a hankering to kick start modernization by a few “fact finding” junkets to Europe.  His huge entourage made these trips so costly that he had to mortgage Iranian patrimony to ruthless foreign adventurers (like Baron De Reuter and William Knox Darcy) to pay for these trips.  Among the toys the Shah brought back to Iran was a film camera whose footage we see in the movie under review.  In short, while the Majji elites of Japan were implementing reforms and building of a formidable Navy that would shortly win a decisive victory against the mighty Russians in 1905, the Iranian Kings was tinkering with their European toys and making home movies.

Bakhshi’s visual record of Tehran chronicles Iran’s later attempts at modernization: the Constitutional Revolution of 1905 and the attempts of the Pahlavi kings to modernize from above while blocking democratization.  The first Pahlavi king had a penchant for massive, proto fascist architecture that destroyed Tehran’s organic texture.  Bakhshi underlines the nationalization of the oil by the popular prime minister, Mossadegh and his overthrow by the American coup of 1953.  Then the film turns to scenes of Tehran during the Islamic Revolution and the vision of rapid spiritual modernization.

“Tehran has No More Pomegranates” evokes the euphoria of the revolution by setting revolutionary songs to the footage of populist uprising of those heady days.  But the revolution only furthered the uneven mixture of modernization and backwardness of Tehran.  In his cartoonish portrayal of contemporary Tehran Bakhshi connects the dots of Tehran’s pollution, economic deprivation and cultural alienation to its post revolutionary unctuous hypocrisy and crony capitalism.  The revolution did not level the playing field as it had promised.  Bakhshi’s characters “Sweet Babak” and “Engineer Khani” represent the powerful economic mafias that rule Tehran and keep the brick maker Jafar agha and the eternally dissatisfied immigrant worker Ghanbar on their side of the invisible tracks.  The director poses these questions to the authorities but gets no answer from the flummoxed revolutionary officials who stare back at the camera like deer in headlights.

Bakhshi’s ironic take and comic disposition in this movie is also of a cloth with the typical Iranian defense mechanism. We can hardly gauge two centuries of Iran’s half baked modernization without appealing to irony.  Namju in his tongue in cheek ballads and Bakhshi in this movies dish out deep irony and dark humor.  This should not be taken for mockery or ridicule.  Even in his most slap stick scenes Bakhshi laughs with Tehran not at it.  This movie is an ironic ode, a tongue in cheek tone poem, and a bouquet of visual tributes to a city that all Tehranis love and hate simultaneously and in equal measures.