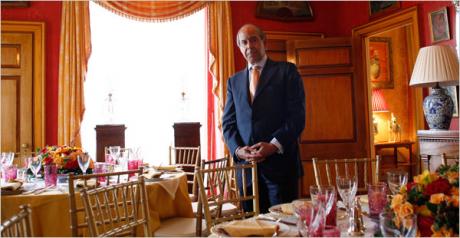 I think this guy should be Iranian Crook of the Day, involved a multi-million dollar scheme to de-fraud Citigroup.

Thanks to him, my “C” shares are down this morning 🙁

Excerpt from the day’s news:

The U.S. attorney in New York on Tuesday charged a New York investor with a $74 million scheme to defraud Citigroup Inc (C.N).

Prosecutors said Hassan Nemazee, the chairman and chief executive of Nemazee Capital Corp, sought to induce Citigroup‘s banking unit to lend up to $74 million based on fraudulent and forged documents suggesting that he had hundreds of millions of dollars of accounts that could be used as collateral.

They said federal agents stopped Nemazee, 59, on Sunday at Newark Liberty International Airport as he prepared to board a flight to Rome, and the following day he repaid his more than $74 million loan to Citigroup.

Nemazee was charged with one count of bank fraud, and faces up to 30 years in prison plus a fine. Prosecutors said he has homes in Manhattan and Katonah, New York.