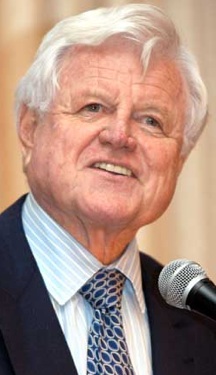 America and the immigrant-rights community, including Iranians, have lost one of their greatest champions.  Senator Edward M. Kennedy’s life-long commitment to civil rights extended from African Americans to the disabled to the millions of immigrants and refugees who come to our nation in search of a better life.  In 2007, Senator Kennedy said “From Jamestown, to the Pilgrims, to the Irish, to today’s workers, people have come to this country in search of opportunity. They have sought nothing more than a chance to work hard and bring a better life to themselves and their families. They come to our country with their hearts and minds full of hope.”

Senator Kennedy was the driving force behind every significant piece of immigration legislation over the past 40-plus years. Most recently, Senator Kennedy co-authored a comprehensive immigration reform bill which failed to pass in 2007. Upon its defeat Senator Kennedy said, “Immigration reform is an opportunity to be true to our ideals as a nation. Our Declaration of Independence announces that all of us are created equal. Today, we failed to live up to that declaration for millions of men and women who live, work, and worship beside us. But our ideals are too strong to be held back for long.”

Senator Kennedy was a stalwart supporter of immigrants’ rights. He understood our nation’s responsibility to newcomers and spent his career fighting for better and more equitable treatment of all people. He did not discriminate against any person whose nationality may have raised public uproar. To him, everyone was equal before the law. As struggles continue to find a solution to some 13 million illegal immigrants in the United States, Senator Kennedy’s absence will be felt, but his commitment will never be forgotten.

For immigration advocates, Senator Kennedy was a friend, visionary, and supreme strategist.  He was the architect of the Refugee Act of 1980, fought back the worst excesses of the harsh 1996 immigration act, and most importantly, forged a plan for comprehensive immigration reform that continues to be the model for today’s legislation. This author met with Senator Kennedy in June of 2007 in Washington, D.C. when I expressed my gratitude on behalf of the Iranian-Americans and he reciprocated with his right hand on the stretch on my shoulder and said: “Iranians are great people. They deserve better.” And how true those words have proven since the June 12 elections in our home country. I was and am certain he realized the contribution of the Iranian community to this great land. I am gratified our efforts and contributions have been recognized despite many political setbacks and disappointments.

The Senator’s words resonate as the fight for fair and equitable treatment of America’s immigrants continues. “We are in this struggle for the long haul…as we continue the battle, we will have ample inspiration in the lives of the immigrants all around us…we will begin anew to build the kinds of tough, fair, and practical reform worthy of our shared history as immigrants and as Americans.”