We are living in one village the world village , we should not be indifferent to each other. 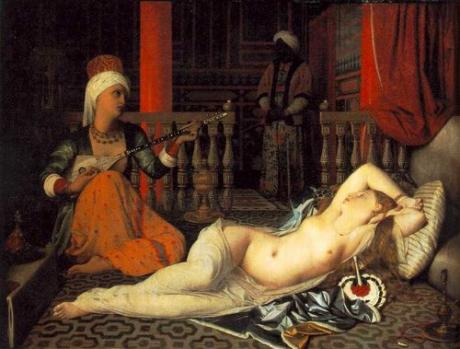 Why the world should be indifferent.

Why the world should let it happen, that in Iran there is a war between people without weapon and with the people with weapons?  If for example a dictator decided to kill most of the people who he does not like, the world should be quite?  And say that is not my problem.  The world was indifferent with the radical Islamic group, and you see they attacked USA. September eleven. Suppose the terrorist get atom bomb, do you think they will keep these bombs in their house for decoration?

These terrorists, some of them think they should guide the whole world.  The people in the top of pyramid want the whole world.  They do not tolerate even the moderate Moslems or even traditional Moslems.  They want to be like God and the people obey them totally.  They do not want democracy or to live in peace with other religions and cultures, they are radicalism, they want only their own opinion be on the top and the other people obey them; they do not respect other thinking ways.  You had a lot of example of them.  Hitler, he was from a middle class family, even poor as he could not even pass the exam for entry of a college.

He should be satisfied in the time that he was the leader of Germany, but you have seen he wanted more and more; he wanted the whole world.  This type of dictators are dangerous, the people in the West or East or Far East cannot say this is not my problem. No it is the problems of the whole world. A dictator is not satisfied just to troche his own people, he want the whole world.

Just like the radical Christians who cannot accept and believe the other religion is the same as their religion, and you know if they have power they will do the same thing they did in the Middle Age in Europe.  They killed other people and burned them.  Like Jan Dark in France.  The young girls are burned there, because the religious people wanted that. They were Christians, too and not Moslems.

It is the same thing now, the radical people will kill all other people who do not accept their believe or if they do not obey them completely.  Do you think when a girl has a boy friend or had a little bit make up will be torched in Middle East and if they know she is not virgin; she will be killed or stoned, they will let that your girls have boy friends and lose her virginity before her marriage? If they can they will kill or stoned them, too.

Now the world is like a small village and they, the world citizen can easily go any where as they the radical religious people have billions of dollars in your banks, so they are also respected and with these possibilities they will be your boss also soon, they can change their clothes, so you cannot recognize them easily. You can recognize them in the time that they act. The can even be American white people who are influenced by them or bought by them. If you are homeless and you have no work, it will be possible to be hired by them.  Or they will start to kill your people as they did in September eleven.  They are greedy people and want the whole world. They want that all people obey them.  They start in their country first and then they will spread their government until they have the whole world.

I know the super power only interfere when they have a benefit in a country; as long as they think they have no benefit they will be quite.

These people have money, they take money from their country and use it for terrorists and you know that they will first make their own people slaves than they will attack other countries.  If in your neighborhood; a father starts to kill his own children and you let him do it and you do not act against his crime, later he will kill your children and the children of other people also.  The people in the world are divided in two groups or may be in three groups,  the first one are cruel people , greedy people, selfish people, who want to have everything and use other people as their slaves.  The second group is indifferent people who allowed unjust happen and they think that is not their problem.  The cruel people like this group, because they let them to do what ever they want.  The third group is the nice humanitarian loving people, who try to help other people who are the victim of cruel people.  If you let the mad father kill all his children he will come after your children also. If he stops, your children will be in a safe position.

Do not let that dictator get so big and so powerful that the whole world cannot defeat him, before he get powerful, before he get all modern weapon , put him in jail.

I remember in the beginning of the revolution of Iran.  A teacher said to me, we are going to change one mild dictatorship to a bad furious dictatorship.  These people when they get power and money they will forget their friends and will have everything for themselves.  These poor people when they get money and power; they will keep them for themselves they do not want to share it with their past friends or with other poor people; they forget the poor and they will to keep everything for themselves and for their family.  They will not give the majority the freedom and their right.  They will slave the people in a way which will be worst than now.

We have natural sources and we have oil and gas. The business people want these to get and sell them to other people and make money and it is clear that these people will not give the money to the people and will keep it for themselves or they give little portion to the dictator.  They, the new dictator are the same people as the people who are in the power now.  You just are changing one modern dictator to a poor and traditional dictator.  I said to him, no these people believe in God and they are real Moslem.  They will work for Love and Unity and will help the youth to be educated and so we will not have any need for foreign experts any more. They will use the money for the education of the Iranian people and will create jobs and good life for all Iranian.

He said you will see. As long as they get the power they will kill whoever is not obey them and will take the oil money and Iranian money in their account in the foreign banks and they will forget the Iran and Iranian.  And the world is not interested in your issue and in your life. They want their share.  They want the ignorant selfish people on the power so they can rob the country much easier. The world does not care if you have million people who are in need and cannot live normal, you will have millions of people using drugs, millions of people who have not jobs. They do not care; you will see. I said, but these people were in jail and had been torched and they will understand people much better and will help the majority of Iranian people.

But they were in jail and they are human being, they will forget those matters; I continued how they can be bad in the time that they are rich and powerful.  He said you will see. They will just think about themselves and they misuse the religion just to get more money.  You read the history, yes?  Bani Abbass replaced the Bani Omayeh, Omarians. The Bani Omayeh was very cruel and they rub and kill people and they even killed the grand son of Mohammad, Imam Hossein.  They live in a luxury; they loved beautiful women, wine and good food and money.  They were in their own cages and forget the Islam and people.  Bani Abbass came and promised the people the right and just.  May be the first Khalief was just and nice, but after him; it was the same circus.  They were also cruel again and they start to kill innocent people who wanted their rights.  Power and money will destroy the people and will change them to be cruel.  After a while they think they are better than other people and they have the right to be the head and other people should obey them without asking.  They want the other people be their slaves.  Even if they were they slave before.  They forget the past and will replace the dictator’s place and they forget they were slave before.  The world population and the most government of the world will save themselves and do not care about us. They will interfere when they have benefit, if they see they have no benefit, they ignore us.

The best way of government is a temporary government for few years like in USA or other democratic countries.  Even if you have a king, should be just a symbol like the king in Sweden. He has no government power.  The elected president or prim minister or the first secretary of state should be elected every other four or five years, but he/ she should be controlled by parliament or by another group elected people. So he/she cannot be change to dictator.  All the top people for the three power should be elected and not selected by president or prim ministers.  The dictator can be changed to a very cruel and bad man. He/she can get a bad sickness and starts to kill people and as he/she had money he/she can hire criminals to perform his/her wishes.  Dictators are also human being, they can change very easily, from nice woman, man to a cruel one.