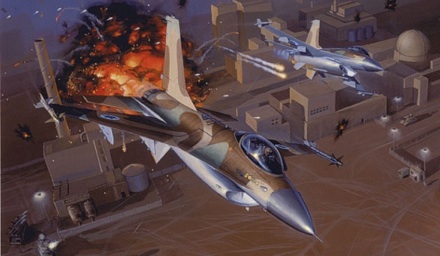 I knew that my article arguing for a debate about the merits of military action against Iran instead of a defamation campaign against those opposing war would cause a lot of hot emotions to come out [“Bombing Iran is the only path forward“]. But never did I expect the attacks I received from my fellow monarchists, both public and private attacks. What bewilders me is that many of them know that my line of thinking has a lot of support in our circles – even at the very top.

But instead of engaging in a debate, and discussing the crimes of the Islamic Republic and the manner in which groups like NIAC delay the arrival of democracy by opposing war, they chose to attack me. Interestingly, I wasn’t attacked by the pro-NIAC crowd in the same manner.

I now realize that the problem I face is a microcosm of what is taking place in the US as a whole. Extremists groups descend on Capitol Hill and call Obama Hitler instead of debating his truly horrific health plan. These extremists then claim to talk for all of us Republicans, and if the majority Republicans raises their voice, we get attacked and slandered.

The exact same phenomena can be found among Iranian monarchists. A few extremists are out there pretending to speak for us all, and if anyone from our own circles protest, he or she gets attacked. This way, the extremists manage to steal our agenda and control our movement.

But as I wrote in my earlier article [“Bombing Iran is the only path forward“], this is not the time to be silent. If the extremists in our circles win, we will once again lose the opportunity to bring real change to Iran.

Now more than ever, instead of attacking other groups, we should articulate why Obama’s diplomacy with Iran is so erroneous.

Now more than ever, we should explain to American politicians why new sanctions must be imposed on Iran, not to cripple, but to destroy. The Iranian economy is throughout sick. Whoever takes over Iran will be forced to destroy it before it can be rebuilt. That won’t be a popular project. Better to have the US destroy the Iranian economy now so that the government that will take over from the Sepah and the akhounds can focus on positive rebuilding.

Now is the time to explain exactly why the Iranian-American community should ally itself with AIPAC, instead of treating American Jews as embarrassing cousins from the dahat who we don’t want to associate with, even though it’s their power and influence that we need to liberate Iran.

Now is the time to discuss why it is so dangerous if Ahmadinejad gets the bomb. It’s not just about Iran, it’s about democracy as a whole. If Ahmadinejad gets the bomb, it will be an existential threat to the only democracy in the Middle East, Israel. If the Israeli democracy collapses and Islamists take over, then not only wont Iran reach democracy – the entire region will be denied democracy. Standing with Israel against Iran has less to do with Israel and more to do with a necessary alliance to ensure that Iran reaches democracy.

I don’t care what happens to the Palestinians. I am Iranian first, so my choice is clear. What is yours?

These are the debates we should have. And they should be initiated not by me but by Reza Pahlavi.