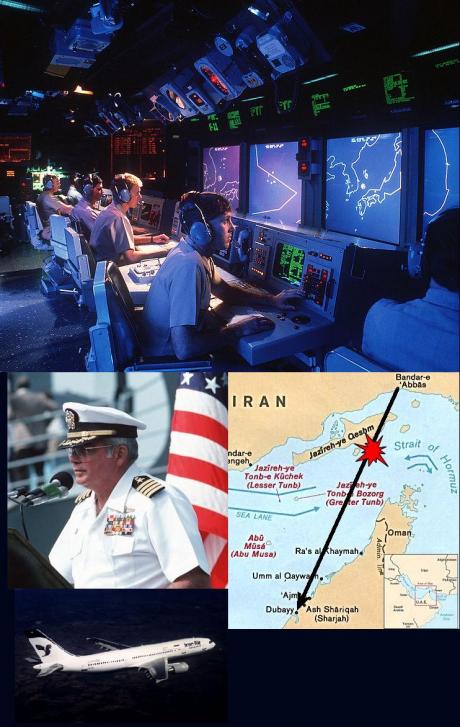 The US has admitted the USS Vincennes was at fault in shooting down the Iran Air airbus and were mistaken in thinking it was a fighter aircraft about to attack them. Iran Air Flight 655, also known as IR655, was a civilian airliner shot down by the United States Navy on Sunday 3 July 1988, over the Strait of Hormuz.