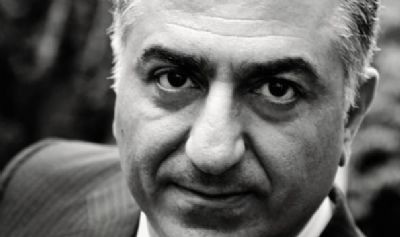 Tomorrow, the five members of the UN Security Council plus Germany (known as the P5+1), will sit down with Iran in the latest attempt to ease increasing global anxiety over the country’s nuclear programme. The threat of new sanctions hangs in the air. We have been here before: deadline after deadline, sanction after sanction, we return to the same old dance, the only real difference being that the Islamic Republic is inching ever closer to the Bomb. So perhaps now is the time to try something new. In anticipation of the October 1 meeting, the P5+1 must embrace their greatest ally in the war on nuclear proliferation: the people of Iran.

Until now, the Islamic Republic has not responded to external pressure from the international community. No amount of sanctions has worked. Instead, President Mahmoud Ahmadinejad soaks up every opportunity to perform on the world stage, entertaining his audience of cool and collected clerics. But those clerics were not so composed on that June day when hundreds of thousands of Iranian people poured on to the streets, demanding an end to fundamentalist tyranny and the regime’s oppression of their human rights.

In stark contrast to its reaction to international pressure, the regime’s response to the internal uprising was immediate. Quivering with fear, it instantly detained more than 4,000 of its own people, suffocating their roaring cries for freedom and democracy. Students and journalists, sons, daughters, mothers and fathers, young and old are still being held, clubbed, raped and tortured by the Islamic clerical regime. Hundreds of others stand falsely accused, helplessly awaiting trial without rights or representation.
Human Rights Watch and the International Campaign for Human Rights in Iran urged the UN to appoint a special human rights envoy during last week’s meeting of the General Assembly to investigate the Iranian government’s egregious record of abuse. And still, suffering under a brutal regime that threatens their very right to life, the Iranian people continue to plead for their liberties, fight for their freedoms and scream for the world’s support.

The clerics’ fearful and nervous response to the people’s uprising demonstrated that the biggest threat to their survival in power comes from within their own borders. Contrary to the state-run press and propaganda, the regime’s biggest enemy is not the West; it is its own people.

By supporting the Iranian people and their struggle for human rights, by elevating the importance of their liberties, the West will find its greatest ally on the nuclear issue. Empowering the opposition movement will encourage and prolong internal dissent, and sustaining that internal unrest is the key to cracking the clerical code.

While sanctions can in fact prove to be a useful tool in the shed of diplomacy, they result in the suffering of a nation’s citizens, victimising the innocent many for the sins of the stubborn few. For sanctions to truly be effective in Iran, human rights have to be put on equal footing with the nuclear concern. Many of my Iranian compatriots have indicated to me that they would be willing to add to their hardships in the short term only if they believe that sanctions will curtail the lifespan of clerical oppression and cure their want of human rights.

In 1986, the United States led a worldwide campaign for human rights and equality in South Africa when it passed the Comprehensive Anti-Apartheid Act, banning US investment in the country. Disinvestment sanctions were about civil rights and human rights, and other world powers quickly followed suit. Most importantly, the removal of apartheid laws and the release of political prisoners were necessary preconditions to the lifting of sanctions. Those sanctions worked. The South African people suffered a deep recession in the short term, but to this day, no South African has forgotten the importance of those preconditions and the long-term liberation they brought to them as a people.

In the case of Iran, US foreign policy and international pressure are reaching their limit. External sanctions that are imposed solely to shape Iran’s nuclear policy are unlikely to ever decrease the number of centrifuges that enrich uranium. Furthermore, if the issue of enrichment continues to trump the moral fight for the most basic human liberties – namely the right to free and fair elections and the freedom of speech – then the P5+1 will be seen to have abandoned the Iranian people to their plight. Alternatively, if the West enforces new sanctions that are intrinsically tied to the national outcry for freedom, they have armed their greatest ally with the powerful weapon of international solidarity in the struggle against the Islamic regime. This uprising can change the entire fabric of stability in the Middle East.

So, while the world toils over yellowcake, the people of Iran still believe in their green movement for freedom, hope and human rights. It is time for international leaders to stand behind the human rights of the Iranian people. In so doing, they will entrust the Iranian people with the power to resolve the nuclear issue.

AUTHOR
Reza Pahlavi is former Crown Prince of Iran. This commentary was first published in the London Telegraph.